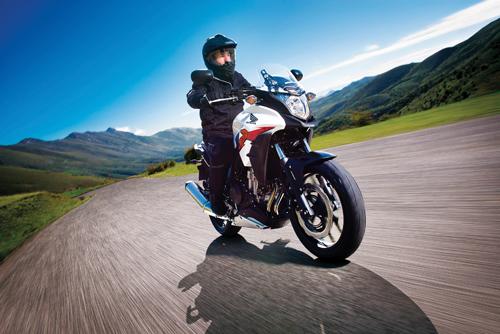 PHUKET: Bike lovers are anticipating the new Honda BigWing motorbike dealership and showroom, set to open its doors in Phuket on Thursday (March 28).

A Honda sales representative told the Phuket Gazette that the dealership has already received many inquiries and reservations.

“Since the beginning of the year CB500X has been the talk of the town not only amongst the locals, but also foreigners. It’s the latest domestic model this month and it has the most number of reservations now at Honda BigWing Phuket, despite the bike being displayed a month later than the other 500cc models (CB500F and CBR500R),” he said.

“This is one of three domestic models being exported world-wide. Its domestic production gives it an advantage over other 500cc models, as it’s offered 215,000 baht.

He added: “CB500X is the only model fitted with Pirelli tyres, the same brand Lamborghini uses.”

The opening of the new dealership is just in time for Phuket’s annual “Big Bike Week”, which is touted to be the biggest motorcycle event in Asia.

This year’s event is expected to attract over 5,000 motorcycles with more than 30,000 visitors from 26 countries.

The event will take place around Patong Beach, from Sunday, April 14, to Sunday, April 21, coinciding with the Songkran Festival (Thai New year).

Honda’s BigWing takes off in Phuket

Phuket Business: You can run, but you can’t hide