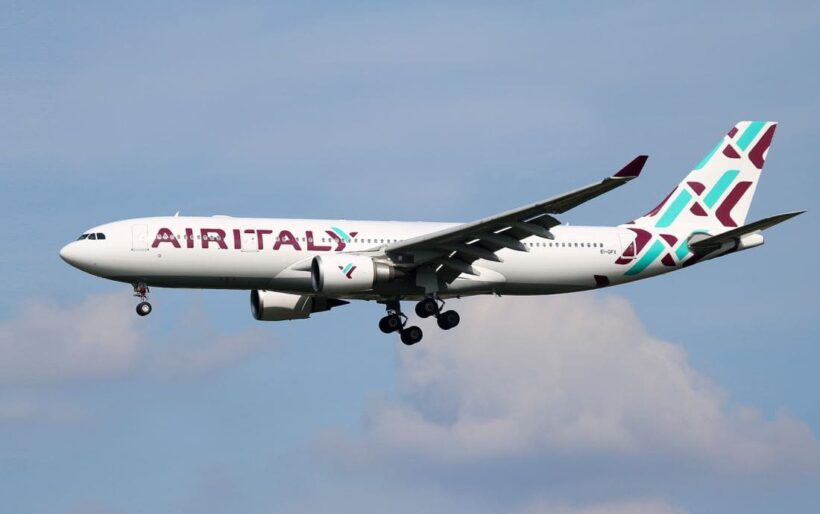 Air Italy has touched down in Bangkok for the first time as it launches four weekly services into the Big Mango. The company intends to increase services to five weekly by the end of October.

The airline is based in Milan, Italy and is owned by AQA Holdings. The airline is launching its new international routes in concert with it’s local destinations to connect passengers from Rome, Sicily, Naples, Calabria and Sardinia.

The airline is also hoping to add two new routes, from Milan to Delhi and Mumbai in India, with a Delhi launch set for 28 October and Mumbai 30 October.

Air Italy’s Milan – Bangkok service uses an Airbus A330-200 with 24 seats in business class and 228 seats in economy.

The airline offers departures from Italy on Monday, Tuesday, Thursday, Saturday and Sunday and intends to add the fifth service on Sundays starting October 28.