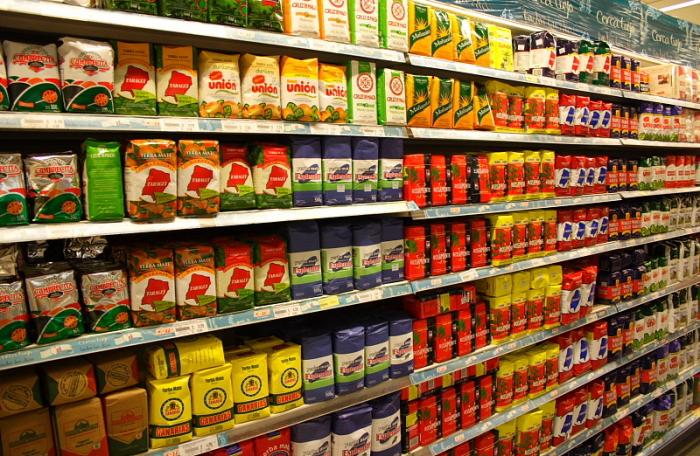 PHUKET: The dictionary definition of marketing is ‘the action or business of promoting and selling products or services, including market research and advertising’.

Through the next series of articles, we will discuss the concept of ‘marketing mix’ and the ‘4 Ps’, particularly as they apply to small businesses. These are product, price, place and promotion.

Any freshman marketing student will have studied the ‘4 Ps’, first coined by American academic Neil H Borden, and then refined by Edmund Jerome McCarthy in 1960.

Let’s take a look at the first one: product.

The product (or service) is what you’re selling to your customers. Let’s discuss this with the example of a small bakery.

The product is the fresh bread, pastries, jam, scones, tarts… basically everything on the menu. But the concept of product doesn’t end there. It includes the packaging, ambience of the store, politeness of the store manager or clerk, and the overall experience of shopping.

To market a product, business owners have to understand the need that the product satisfies. A product is essentially a ‘solution’ made up of dozens of complex factors, even something seemingly as simple as a loaf of bread.

It should taste great, smell appetizing, be available in different sizes, have a desirable texture, be produced with eco-friendly, locally sourced ingredients… the list goes on.

This is where small businesses can create a niche for themselves. The personalized service, attention and care that customers receive at a small business is something they value and come back for.

A corner-shop bakery owner can, for instance, capitalize on the fact that he or she uses a treasured family recipe, because that is the experience customers come to expect at such an establishment.

Small businesses should play to their strengths, which is the element of differentiation, rather than standardization.

Zohaib Sikander is the Business Editor at the Phuket Gazette. He has a degree in entrepreneurship and operations management. Send questions or suggestions at zo@phuketgazette.net.

Finance: A formula for prosperity

Facebook has confirmed the removal of 185 accounts run by the Thai military and allegedly involved in information-influencing. The social media giant says the accounts were deleted for engaging in what it calls, “coordinated inauthentic behaviour”. In total, 77 accounts, 72 pages, and 18 groups have been removed from the platform, in addition to 18 Instagram accounts. It’s the first time Facebook has taken such action against accounts linked to the Thai government.

The accounts were associated with the Thai military and were targeting people in the southern provinces, Facebook said its regular report on coordinated inauthentic behavior. The south of the country has been the scene of decades-long conflict, with insurgent groups in the majority-Muslim, Malay-speaking region calling for independence. To date, around 7,000 people have died in the ongoing struggle.

Facebook says the deleted accounts were most active last year and used both fake and real accounts to manage pages and groups, both openly military pages and pages that hid their links to the military. Some of the fake profiles pretended to be people from the southern provinces.

The report mentioned a post by the now-removed account named “comprehending the operation” in Thai. The page posted the logo for Amnesty International Thailand and wrote “The NGO never cares about ordinary citizens because they have no role in society. Normal people are not famous. Any case is not big news. They are not worth the investment of foreigners so they will not do anything to help. This is why we don’t see anything from the NGO.”

Image overlay translates to “The NGO never cares about ordinary citizens because they have no role nor money.”

On another now-removed account, named “truth about my home Pattani” in Thai, a post said “Muslim leader declares southern border is a peace zone. The southern separatists started a movement by spreading the idea that Thailand is under control by different believers so that people would come and fight for their religion. This was declared that the action clearly violates Islam faith.”

Image overlay translates to “Southern border is not Jihad zone.”

When contacted by Reuters, the military had no comment on the removal of the Facebook accounts, with a spokesman saying the organisation does not comment outside of official press conferences.

The head of Cybersecurity Policy at Facebook, Nathaniel Gleicher, has confirmed the reasons behind the platform’s decision.

“This is the first time that we’ve attributed one of our takedowns to links to the Thai military. We found clear links between this operation and the Internal Security Operations Command. We can see that all of these accounts and groups are tied together as part of this operation.”

He adds that the accounts had spent around US$350 on advertising on both Facebook and Instagram. One or more of the pages had about 700,000 followers and at least one of the groups had 100,000 members. Gleicher says the accounts were removed because of their misleading behaviour and not because of the content being posted. The content included support for the military and the monarchy, with allegations of violence and criticism of insurgent groups in the south.

It’s not the first time accounts linked to the Thai military have been removed by a social media platform. In October, Twitter removed 926 accounts it says had links to the army and posted pro-military and pro-government content. The Thai army has denied any involvement with the accounts in question. In November, Twitter also suspended an account posting pro-monarchy content that was found to have links to the palace and to thousands of other accounts posting similar content.

An airline executive has been arrested in the central province of Samut Songkhram, after complaints from150 employees that they had not been paid. Chawengsak Noiprasan, who had a court warrant issued against him in October, was taken to Don Muang police station from a property in the Bang Khan Take sub-district. He is a board member of Siam Air Transport.

The airline began operations in October 2014 with services out of Don Mueang to Hong Kong, using 2 Boeing 737-300s. 2 Boeing 737-800s were added to its fleet in late 2015. It expanded by adding Zhengzhou and Guangzhou in China to its network in early 2015. In late 2015, the airline launched flights to Macau and Singapore. In 2017, the airline ceased all operations.

But according to an article in the Bangkok Post, the carrier operates a number of scheduled and charter flights from Bangkok’s Don Mueang Airport. The Post reports that, as Chawengsak signs the company’s legal paperwork, all legal matters concerning the airline fall to him.

The Metropolitan Police Bureau says the executive has admitted to ignoring a 30 day notice issued by the labour inspector and ordering the payment of wages to 150 workers. It’s understood he is also wanted in relation to 7 other cases.

The authorities sought Chawengsak’s arrest following complaints from employees who say they haven’t received their wages for 2 months. It’s understood the airline had previously deferred salary payments for over 8 months. 150 workers filed an official complaint with Don Mueang police and also approached media outlets, asking them to pressure the airline into paying the money owed.

The rules require any social media company to create three roles within India… a “compliance officer” who ensures they follow local laws; a “grievance officer” who addresses complaints from Indian social media users; and a “contact person” who can actually be contacted by lawyers and other aggrieved Indian parties… 24/7.

The democratisation of the news model, with social media as its catalyst, will continue to baffle traditional media and governments who used to enjoy a level of control over what stories get told. The battles of Google and Facebook, with the governments of India and Australia will be followed in plenty of other countries as well.

At the root of all discussions will be the difference between what governments THINK social media is all about and the reality about how quickly the media landscape has changed. You’ll get to read about it first, on a social media platform… probably on the screen you’re watching this news story right now.

Updates on international travel to Thailand