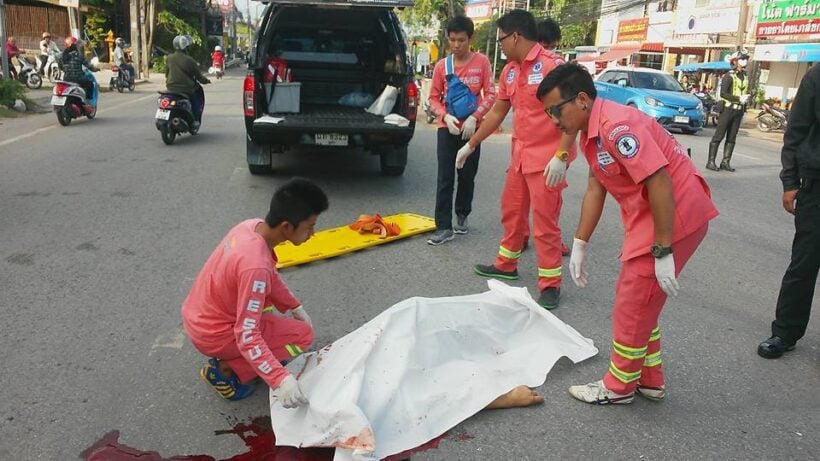 A 35 year old man from Chiang Mai, Warat Liewrungrot, has crashed his motorcycle into a van, killing him instantly. He was driving without a helmet.

The accident happened in front of Soi Suksan 1 in Rawai heading towards the Chalong Circle. Witnesses told Chalong Police that Warat was riding his motorcycle at high speed from Rawai Pier towards Chalong Circle and a van, driven by 36 year old Thanapat Saengrak, came out from a side road expecting to go to Chalong Circle as well.

The motorcyclist crashed into the driver side of the van, killing him instantly. The van drove away for about 10 metres then stopped and the driver got out to check the motorcycle rider.

When the driver found that Warat died, he just waited for the police to arrive. However, the van driver hasn’t been charged as yet as the police are still investigating the incident at this time. Police will possibly charge him for reckless driving causing death.