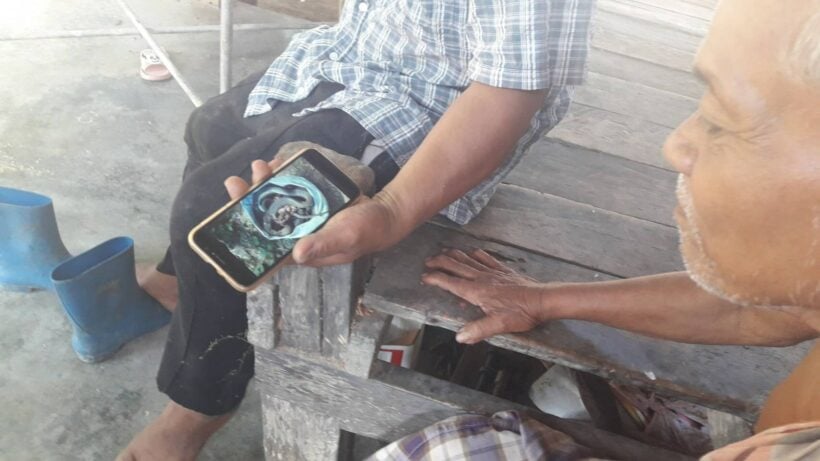 The owner of a rubber plantation in Lumtub District in Krabi, 45 year old Prapai Yaithong, revealed today (April 28) that he found a den* of cobra on his land.

While a worker was using a tractor to level the land surface and to remove a pile of wood in the rubber plantation, the worker saw that the blades from the tractor cut some snakes that lived under the pile of wood. He said that many of them are as wide as a wrist and mainly are 1-2 metres long. There were 19 snakes that were cut and killed by the blades and, as quickly as he could count, there were about 8 snakes that survived and fled into the other areas of the rubber plantation.

Apart from the cobras, Prapai said that there were some cobra eggs that were damaged and still a dozen of eggs that survived.

Prapai said that the driver of the tractor was scared and sat still on the tractor for a long time as he was scared that the cobras that fled into the woods would return back with more cobras to attack him. He made sure that there was no living cobra left there and checked the area with one of his workmates. They buried the dead cobras and all eggs at the side of the rubber plantation.

Prapai’s father, 79 year old Liang Yaithong, mentioned that he has never found a large number of cobra living together like this before.