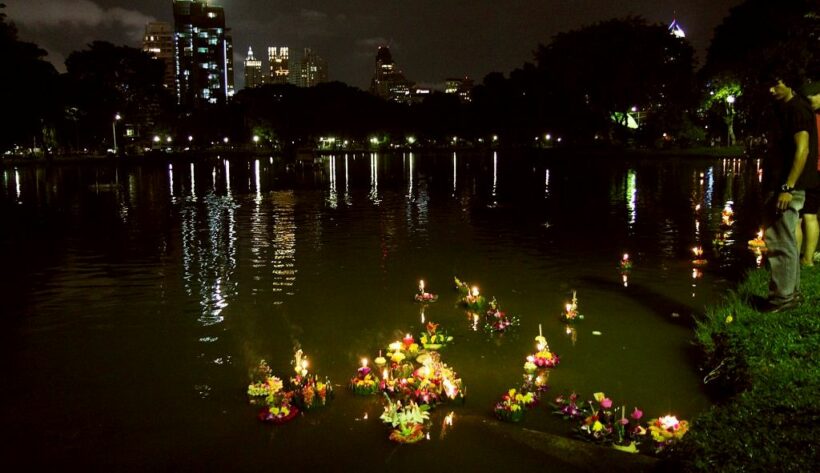 A young man has drowned in a canal in Samut Sakhon’s central district early this morning (Friday) while searching for coins in krathong floats left after being launched last night.

Police were informed around 1.30 am that the young man had gone missing in the Thahan Rua canal in front of Samut Sakhon provincial hall.

A team of scuba divers quickly found the body, later identified as 20 year old Natthapol Yothongyos and a doctor later determined he had died about half an hour earlier.

Prapas Chaosamut, a volunteer security officer at the Loy Krathong festivities at the canal, said he had been told by a reveller to speak with four boys who had shouted that they had seen someone drowning.

Fellow revelers had not responded to the boys’ calls because they thought the boys were joking.