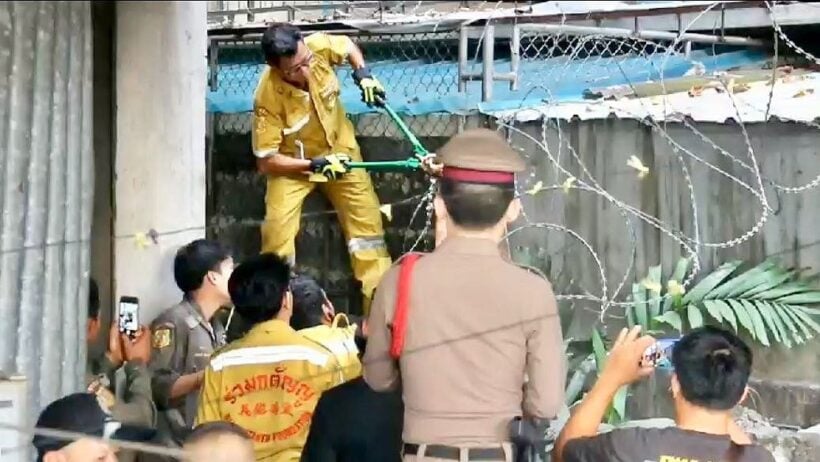 A Portuguese woman has died after an incident at a Bangkok hotel in the Maha Preuktharam sub-district this morning.

The 24 year old was found dead around at 8am Sunday morning after falling, or jumping, from a sixth floor open deck of a the hotel.

Bang Rak police deputy inspector Pol Captain Thanapat Suwannak says the body of the foreign tourist, later identified as Maceiras Rijo Vera, was found entangled in a barbed-wire fence at the base of the hotel.

The hotel is on Maha Nakhon Road in Maha Preuktharam sub-district.

Police determined that she was sharing a hotel room with her elder sister on the third floor. At this stage Police suspect she committed suicide but the investigation is continuing.

CCTV footage reportedly shows that she went to the open deck to perform her yoga at around 5am.

The woman’s body was sent to the Police General Hospital for an autopsy.

The Portuguese embassy was contacted and asked to co-ordinate the transport of her body back Portugal.