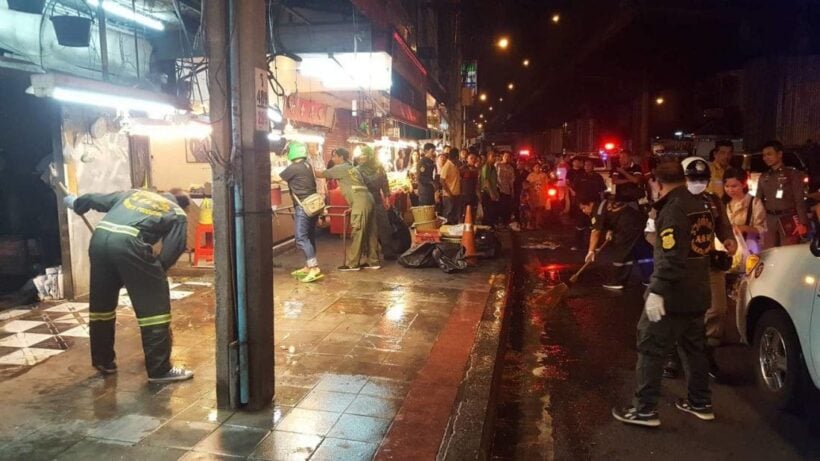 A 33 year old woman has died after a bus, on Route 115 in Bangkok, suffered ‘brake failure’ (sigh) on the down-ramp of a bridge in Bangkapi, Bangkok.

Thai Rath describes the grisly scene as the victim’s decapitated body lay in the middle of the road and human remains splattering roadside vendors.

‘Benjawan Muangkate’ had been crushed between the bus and a power pole. The woman was shopping at the market around 7.30pm last night when the incident happened.

Police responded to the call and went to the end of Soi 125 in the Bangkapi area of the capital.

Police found the bus stopped on the side of the road. It had damage to the front left fender and a smashed front light. There were human remains splattered on the bus.

The woman had been decapitated when crushed between the police and the bus.

The only ID the woman was carrying was a card indicating that she lived at Lumpini Condominium Happyland.

The bus had 10 passengers aboard at the time of the incident. The 64 year old driver claims that, after he passed over the Klong Saen Saep bridge, the bus suffered brake failure on the downhill stretch.

He says he tried to control the vehicle but couldn’t and collided with the pedestrian on the footpath at the end of Soi 125.

The driver has been charged with negligent driving causing death. 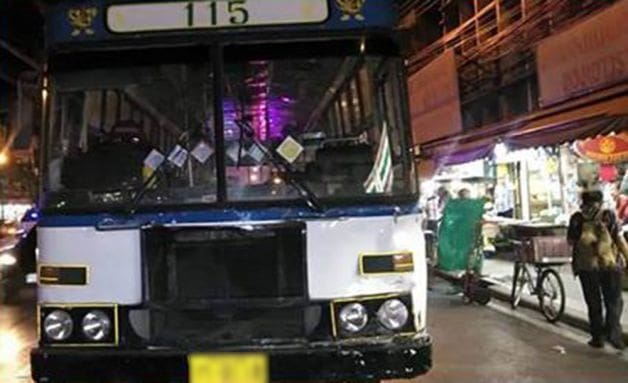 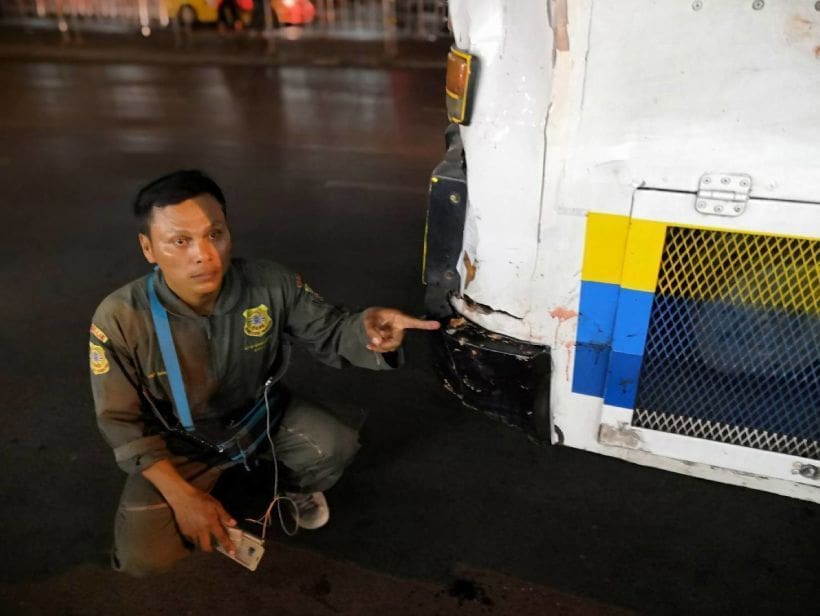