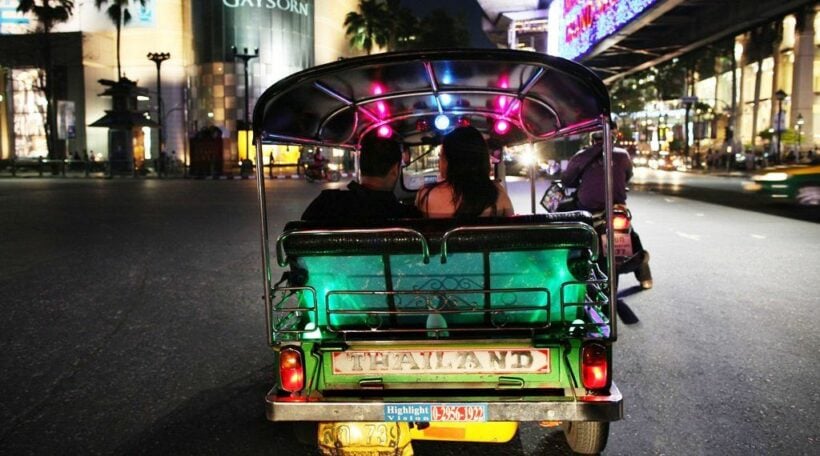 Social media users in Thailand have had plenty to say about a video that appears to show a couple having sex in the back of a tuk-tuk speeding through Bangkok.

Some would say using this particular mode of Bangkok transport is exhilarating enough without adding anything else into the mix, but the Chiang Rai Times reports that one couple decided to spice up their journey.

That decision has sent Thailand’s social media users into meltdown as they shared their collecting outrage the inappropriateness of the couple’s behaviour.

The video shows five passengers, three men and two women, travelling in a tuk-tuk as it travels through Bangkok in the early hours of the morning. One of the women can be seen sitting on the lap of one of the men, apparently without any underwear and apparently enjoy the intimate moment.

(We hope the tuk tuk didn’t hit any speed bumps, or worse, a pot hole)

The video was widely shared online, where it garnered over 200,000 views and earned the couple some harsh criticism from Thais. Social media users are calling on police to investigate the matter, saying the couple’s behaviour was disrespectful in a Buddhist country.

The video has now been removed from Facebook. But at the time of writing, it’s still available on YouTube (below).