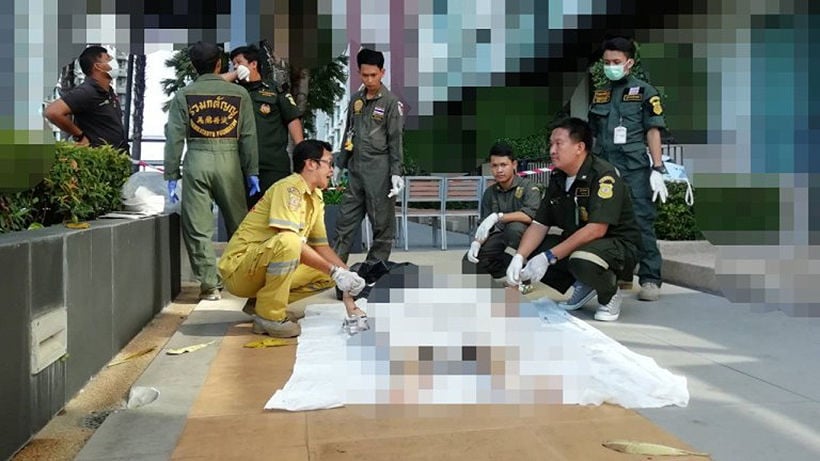 PHOTO: Forensic police examine the body of the man who fell from a high-rise condominium in the Ratchayothin area in Bangkok on Saturday morning

Police say a naked man has fallen to his death from a condominium tower in Bangkok’s Chatuchak district early on Saturday. The unidentified man’s body was found lying face down on the street.

The incident happened at a 29 storey luxury condo in the Ratchayothin area. It was reported in the early morning hours of Saturday, according to Thai media.

The man is believed to have been in his 30’s and was stark naked with no identifying marks to assist with ID. His face and body were disfigured in the fall, making identification difficult. Police weren’t even able to ascertain whether the victim was Thai or a foreigner.

Police say security footage from the condominium captured the body of the man falling. They have yet to determine which room the victim was staying in, but officers inspecting the building found the fire escape door on the 20th floor open. At this stage, they haven’t ruled out foul play.