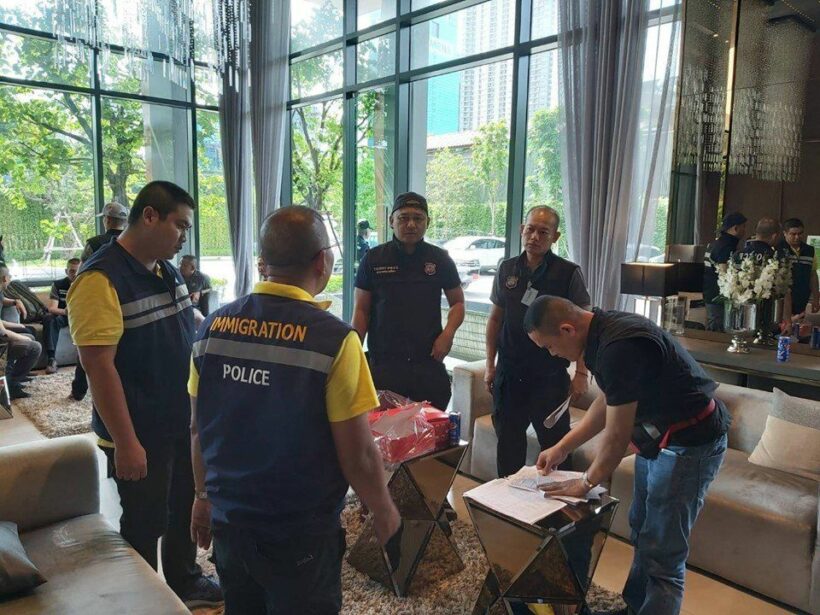 Follow up to a story last week where residents of a condo tower in Bangkok were complaining that many of the rooms were being run as a quasi-hotel.

The Thai Tourist Police Bureau sent 40 officialst to the luxury Bangkok condominium. The raid was actually last Thursday, three days after the story came to light in Thai social media.

You can read the background and original story about C Ekkamai HERE.

The problems at the luxury ‘C Ekkamai’ came to light after other residents complained that people were renting rooms on a daily basis, not reporting the checking in of foreigners (as required) and running a virtual hotel in a condominium. There was a ‘check-in’ procedure and a faux-reception set up to receive guests. There was also a maid service provided for the rooms.

Tourist Police report that one person was arrested for running a hotel without a licence and the owners of five rooms were charged with not reporting foreigners staying in their property.

The same five people were charged with illegally offering their rooms for daily rental. One person,  a foreigner, was charged with not staying at their previously reported address.

The condo’s residents said they were furious that facilities they paid for are being used for outsiders such as tourists to enjoy. Only monthly and longer rentals are legal which led to Thursday’s raid according to the Tourist Police.

Tourist Police say that they are now tracking down the web host who advertised the condos online.