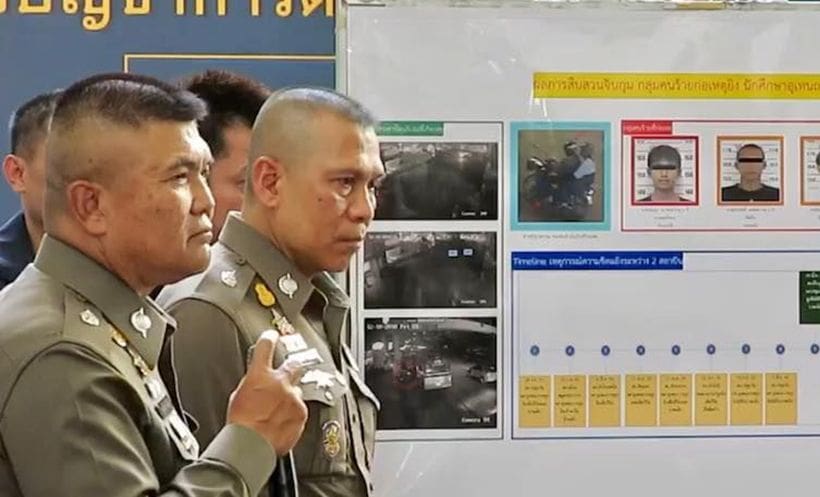 “The three suspects were arrested on Monday for premeditated murder.”

A technical-school student, accused of shooting dead a young man from a rival school on October 12, says they were retaliating for the killing of a former student from their school.

Police say one of the three arrested suspects told them his gang from Pathumwan Institute of Technology was avenging the September 25 murder of 25 year old Anusorn Sondhi, when it took the life of 24 year old Kamonwich Suwanthat, a senior student at Rajamangala University of Technology Tawan-ok, Uthenthawai campus.

Both shootings occurred in front of the victims’ relatives. Kamonwich was helping his family sell food on Soi Nawamin 57 in Bangkok. Anusorn was killed in Pathum Thani in front of his aunt. He was selling food with the aunt when two men approached on a motorcycle, one of them armed.

“We are angry and wanted revenge, so we decided to commit the murder in the same manner our senior was killed,” the suspect was quoted as saying.

“We chose to shoot a student of our rival school when he was with his mother so she would see him gunned down, just as our senior’s aunt saw her nephew gunned down right in front of her eyes.”

Police claim the suspects said they chose Kamonwich not because of any personal dispute but because he could be gunned down in the same manner as Anusorn.

The Uthenthawai-Pathumwan feud has led to brawls and the deaths of many students and some innocent bystanders. 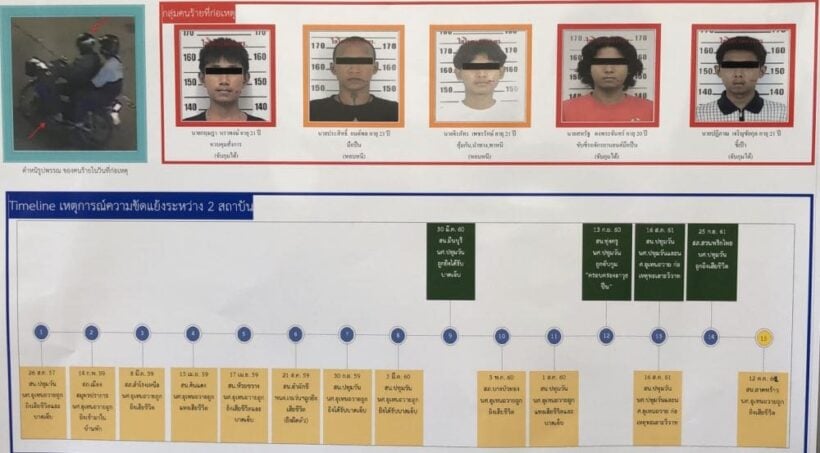 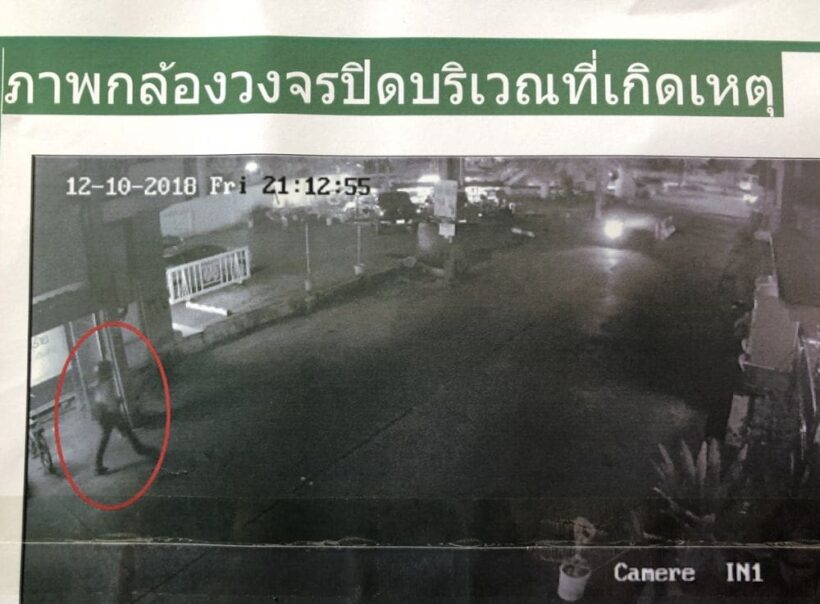