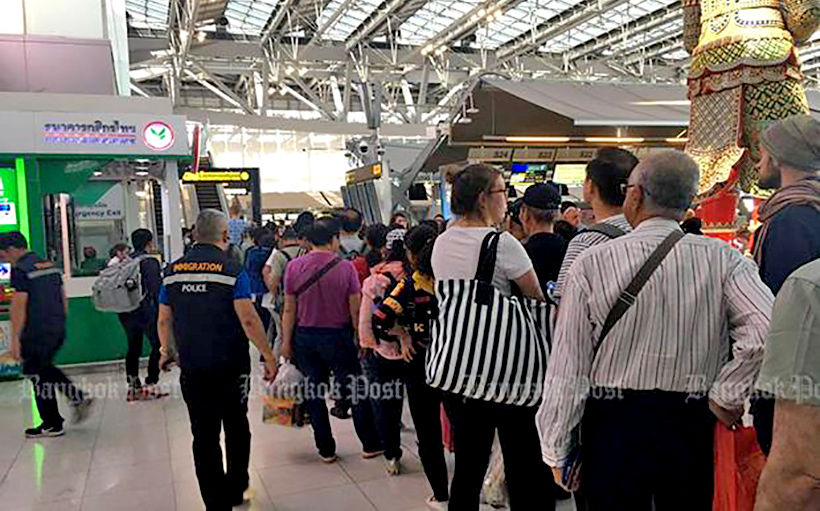 A post about long waits and airport queues at Suvarnabhumi yesterday has sparked an immediate response from an immigration spokesperson today. Hundreds of people were queued up for hours in the departure areas, as they waited to be processed after checking in.

The spokesman responded to reporters after claims on the Facebook page JS 100 Traffic Radio that there were “terrible queues” at Suvarnabhumi Airport yesterday morning.

But Pol Col Cherngron Rimphadee placed the blame on Airports of Thailand who contract the body scan and hand luggage security check systems on the western side of the second floor section of the airport.

He told Thai Rath that downstairs at immigration “everything was running normally”.

Immigration chief Lt-Gen Sompong Chingduang had told immigration that during peak traffic hours all booths were to be staffed.

“And that is exactly what was happening at immigration”.

The spokesperson placed the blame for the queues firmly in the court of the Airports of Thailand PLC who say the problem was the responsibility of AoT who wee checking carry-on luggage and body scanning between check-in and the immigration areas.

He said that immigration did what they could to alleviate the situation that received many complaints yesterday.  He said that passengers on many flights were being processed at the same time.