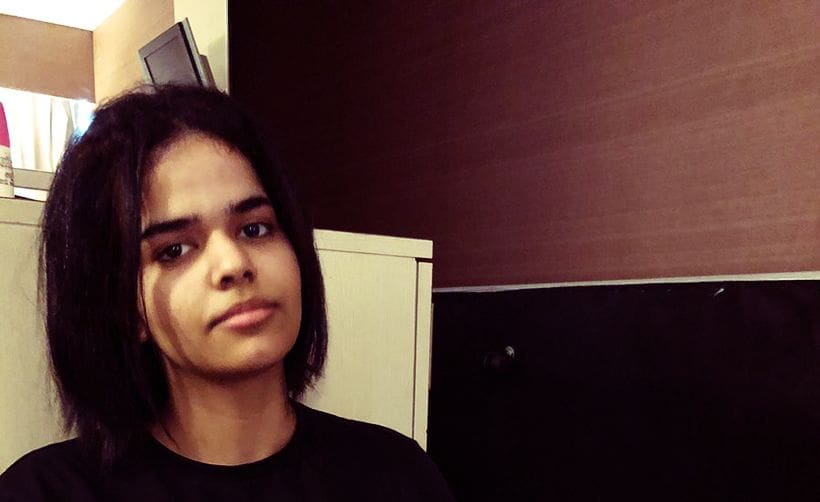 A young Saudi woman is being held at Bangkok’s main international airport after she fled from her family and attempted to make it to Australia.

The girl, 18 year old Rahaf Mohammed al-Qunun, was on a family holiday in Kuwait when she decided to run away. She was on her way to Australia but has been stopped in Bangkok by Thai authorities due to not having a return flight.

Although she claims to have an Australian visa, she says a Saudi diplomat met her upon landing in Suvarnabhumi airport and seized her passport.

But Saudi officials say she still has her passport and is only being detained for not having a return ticket.

Over the weekend, the 18 year old gained a lot of attention with her social media posts, in which she identified herself to the world, saying that now “she has nothing to loose”.

My name is Rahaf Mohammed Mutlaq Alqunun, and this is my picture pic.twitter.com/RHsnnPWUjL

Speaking to reporters at the airport, Rahaf said that having renounced Islam, she is afraid that her family would force her back to Saudi Arabia and possibly kill her.

Police at Suvarnabhumi airport say that Rahaf is escaping a marriage, and as she did not have a visa to enter Thailand, will be sent back home.

She was scheduled to leave on an 11.15 am flight this morning, but refused to leave her room and missed her flight.

Human Rights Watch Asia says the Thai government has manufactured a story in which her lack of a visa for Thailand has had her detained and facing deportation, yet as she had an onward flight she never wanted to enter Thailand.

They’ve also accused Thai authorities of co-operating with Saudi Arabia, as Saudi officials were able to enter the airport and meet Rahaf at her landing gate.

The young Saudi also told the human rights group that she was is fleeing from her family’s abuse. She has received beatings and death threats from her male relatives since her renouncing Islam and cutting her hair as well as forcing her to remain in her room for six months.

“I am giving my family 48 hours (to) either stop or I will publish everything that will incriminate them” she wrote on twitter.

Rahaf remains in her airport hotel room surrounded by police, where she is still facing imminent deportation by Thai authorities.

Video from @rahaf84427714 just sent from her hotel room at the #Bangkok airport. She has barricaded herself in the room & says she will not leave until she is able to see #UNHCR. Why is #Thailand not letting @Refugees see her for refugee status determination? @hrw #SaveRahaf pic.twitter.com/3lb2NDRsVG