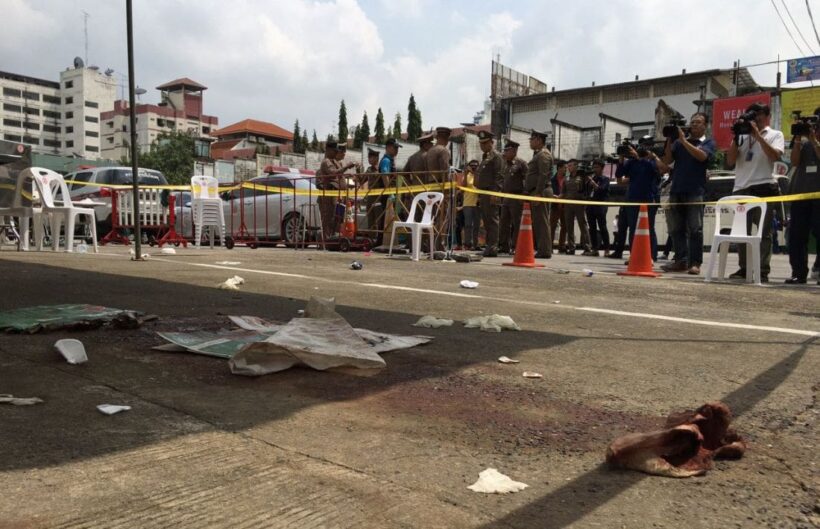 The shooting, involving the use of military weapons, has shocked the nation and harmed the image of the country and its tourism industry.

“The foreigners killed and injured in the shooting are innocent victims,” according to the Immigration Bureau acting chief Pol Maj-General Surachate Hakparn.

Police say the shooting happened on Sunday evening at a snooker parlour in the car park of the Centara Watergate Pavilion Hotel in Bangkok’s Ratchathewi district. It’s believed to be over a dispute between local snooker players and another group of players.

Several tourists were at the scene and tour coaches were parked nearby.

The tour guide Juli Sawang-aroon said the injured Indians were in a group of Indian tourists taken by coach to dine at the India Gate restaurant on the ground floor of the shopping mall by the hotel.

When dinner was over, the tour party were given some time to go shopping before the coach would take them back to their hotel. Those who had finished shopping returned to the car park to wait for their coach when the shooting erupted.

Metropolitan Police acting chief Pol Lt-General Suttipong Wongpin says that spent 7.62mm and 9mm cartridges were found at the scene and a source at police forensic science unit said at least three types of guns had been used.

Pol Maj-General Senit Samrarnsamruajkit, commander of Metropolitan Police Division 1, quoted witnesses as saying that they had seen about 20 young men armed with pistols, knives and sticks running from the snooker parlour into the soi where three young men carrying rifles opened fire.

“We will determine if the injured Thais were involved in the dispute,” Suttipong said.

Wanchai Techachongchintana, a food vendor, said tour guides who were dining at his place told him that they had noticed a group of men with guns.

“We felt it was a bad sign. So, we ran into an adjacent shopping building to take cover. Then we heard several gunshots,” he said.

“When we returned to the shop, someone had died.”

Surachate says police had already identified some suspects but none were at home when police attempted to speak with them.

“We have already gathered evidence to seek arrest warrants,” he said.

Deputy National Police Commissioner Pol General Srivara Ransibrahmanakul, who oversees security and special affairs, is also looking into the case because the shooting had claimed a foreigner’s life and involved the use of military weapons. 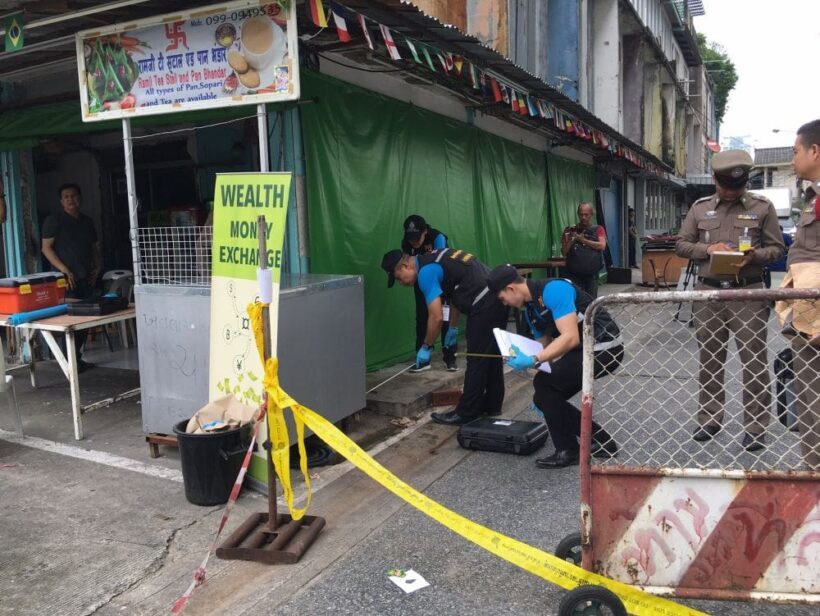 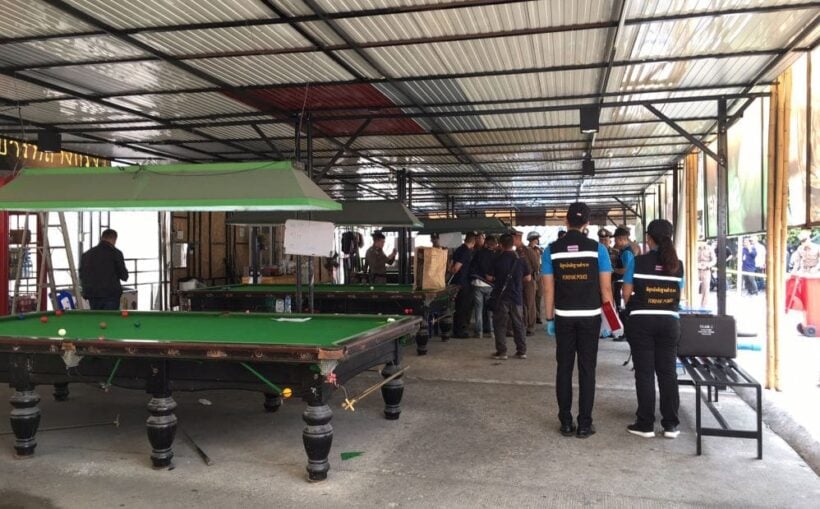