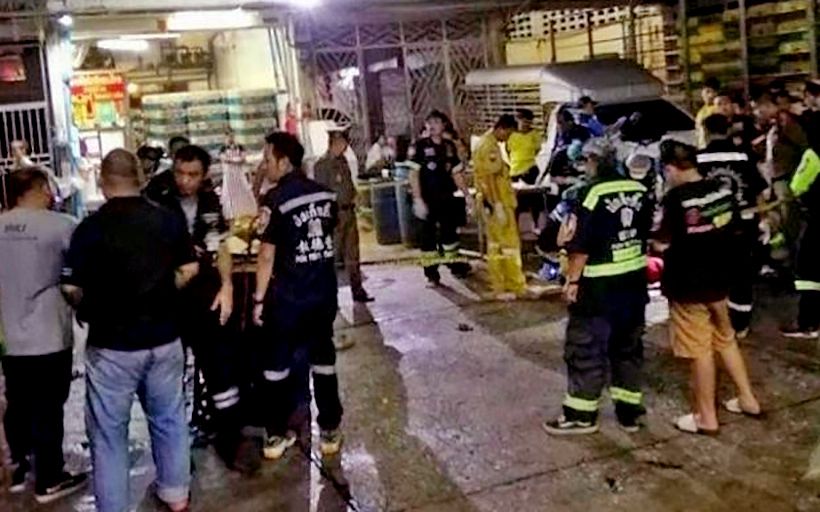 Police this morning arrested nine Myanmar migrant workers allegedly involved in a brawl in Bangkok last night that led to one compatriot’s death along with injuries to five others.

Police learned that two rival groups both working at the slaughterhouse had a heated argument on November 9. Saturday night was their second confrontation and proved deadly.

By 2am, five hours after the brawl, police had rounded up nine people allegedly involved in the fighting – four from the victim’s side and five from the rival group.

All maintained their innocence, but they were charged with engaging in a fight leading to death.

Container with radioactive waste being stored at Laem Chabang port