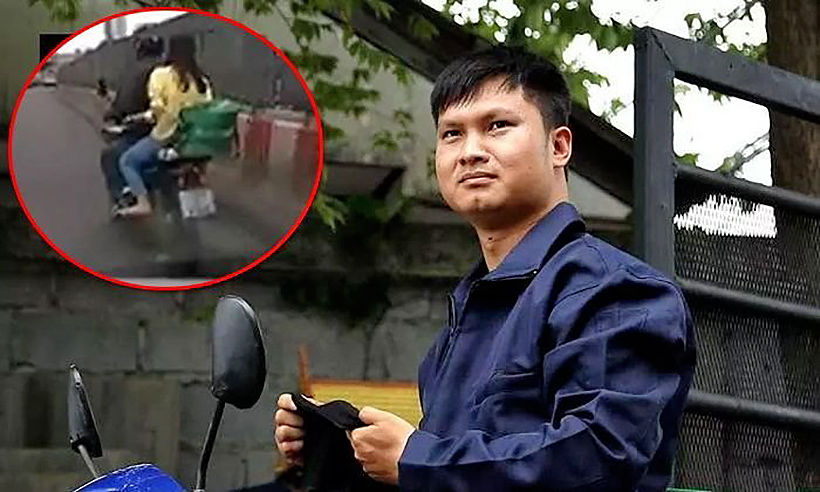 The Grab Food motorcycle rider who stopped to help a mother take her sick son to hospital Bangkok’s heavy traffic on Tuesday has given some more details about his good deed. The child, Nong Pla Wan, is now being treated in hospital and expected to fully recover from the ordeal.

Recalling the way the events unfolded on the day, he says the mother opened her car door and begged “Pop” to help take her to hospital on his motorcycle as her son was having a seizure.

Watchara “Pop” Kasian says that he was delivering a pizza to an address in Watcharaphon. At first he didn’t know what the woman was going on about as he couldn’t see a child and there was dark film on the windows.

He says that, once he knew what was going on, he didn’t hesitate helping the distraught mother and the child, aged about three. He says he has a son of about the same age.

So he stopped and asked a motorcycle taxi driver to take the child and run across the road over-pass. A motorcycle ‘Win’ driver cradled Pla Wan and raced across the footbridge to the ER. Pop explained that when the mother leaped on his bike she mistakenly sat on the pizza he was delivering.

The customer was not very happy when the pizza was eventually but when Pop explained what had happened, and his bosses contacted the customer, it was sorted out amicably.

Pop thanked everyone for the good wishes to him and said if he ever has to do such a thing in the future he will be ready, willing and able. 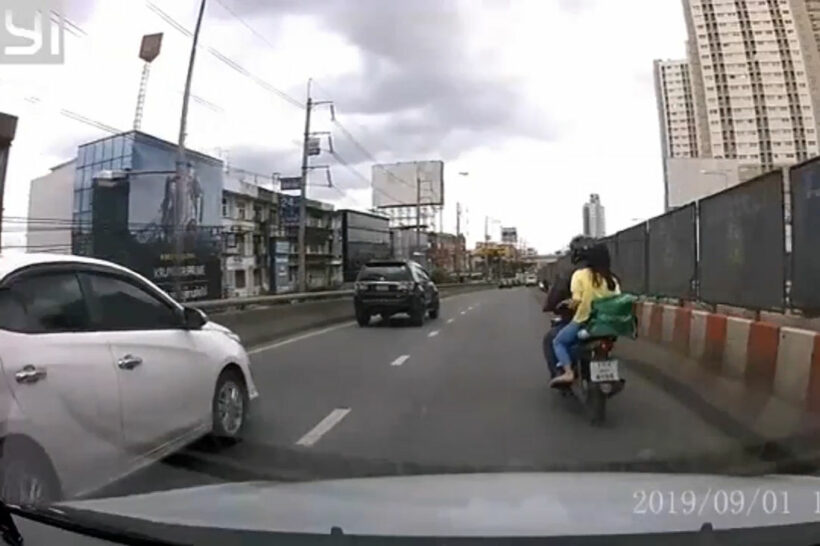