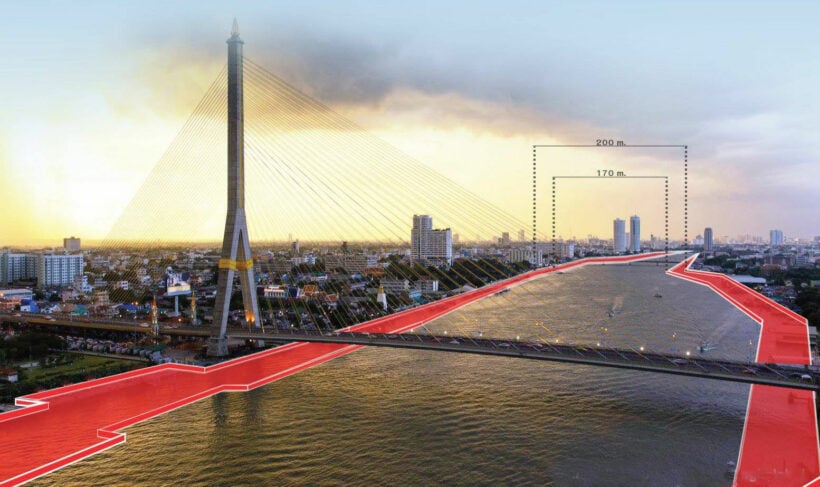 A court has ruled that Bangkok City Hall’s project to build a promenade along both sides of the Chao Phraya River is illegal, and on Wednesday ordered a temporary suspension of works.

The Administrative Court ruled that the 14 billion baht project, which comprises two elevated walkways complete with a bicycle lane running for 57 kilometres along both sides of the river, does not qualify as a “river pier” in accordance with the Navigation Act.

Instead, the court ruled, the promenade falls under the Building Control Act, which requires City Hall to submit blueprints of the project and environmental impact studies before development work commences. Since this was not done, all work on the project is suspended until further orders from the court.

Activist group Friends of the River took the case to the court seeking to have the project scrapped, accusing City Hall of rushing the development without a study of its environmental and social impacts.