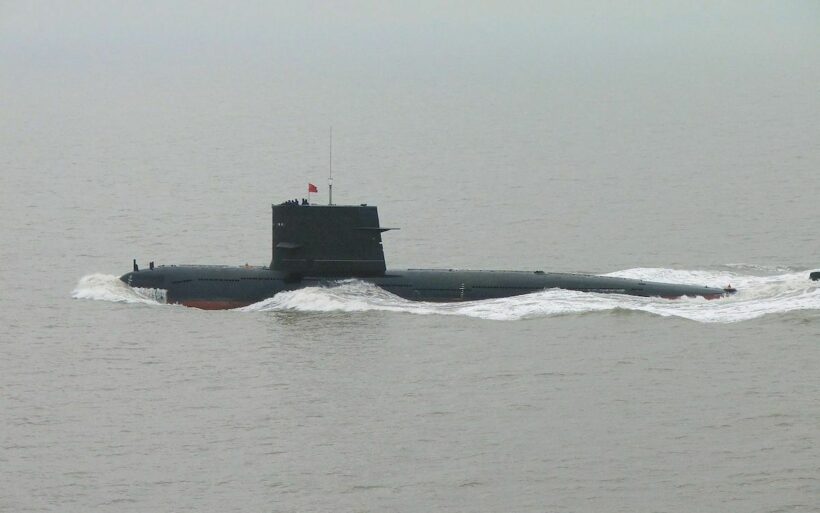 The Royal Thai Navy is reportedly in talks with China about receiving two decommissioned military submarines. But apparently, the offer is on the table because there was a problem with ordering parts for the submarine currently being assembled by China for Thailand, according to the Bangkok Post.

The used submarines would be used for training while Thailand waits for its initial order of Chinese-made submarines, which delivery may have to be postponed from next year until April 2024. The second-hand submarines need to be reconditioned before they can be used, according to Thai PBS, citing the Thai Navy.

The Type 039 submarines, also known as “Song-class,” are diesel-electric submarines for the Chinese Navy. The informal offer to the Thai military attaché in Beijing was made by a Chinese state firm in charge of handling decommissioned Chinese submarines. It’s unclear if the submarines would be offered for free or with a minimal fee as a sign of friendship between the two countries. A working committee under Deputy PM Prawit Wongsuwan discusses the matter, but reports say there has been no confirmation on a deal.

The Bangkok Post quoted an anonymous source in the navy saying China made the offer to deliver the decommissioned submarines because the country had problems purchasing an engine from Germany for the submarine being made for the Thai navy. Apparently, the German supplier decided not to sell an engine to China because it would be used in a submarine to be sold in another country.

Tim_Melb
7 minutes ago, ctxa said: The house I live in and the car I drive don’t get paid with no 50 cents =)) Then it's only a matter of time until you wake up one day to the reality that…

Poolie
29 minutes ago, ctxa said: The house I live in and the car I drive don’t get paid with no 50 cents =)) Won’t waste my time replying to the rest of whatever it is that you wrote. I’ll just…

Lyp14 [ctxa]
12 minutes ago, Tim_Melb said: Then it's only a matter of time until you wake up one day to the reality that somebody from the party with a more powerful family than your wife decides to take it all away…
Tim_Melb
1 hour ago, ctxa said: Can’t you see that despite being barely in mid twenties I’m in Bangkok right now living a semi retired life because I already stepped down from the day to day of that company that I…

Lyp14 [ctxa]
5 minutes ago, Tim_Melb said: Ah so China was so wonderful that you left and moved to Thailand as soon as you could afford too... No, simply because China is a place to make money, not to live your life,…