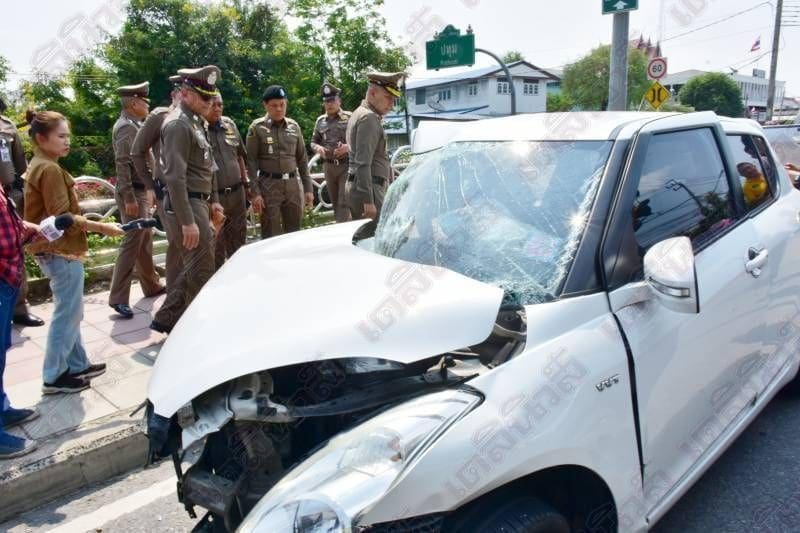 A leading Bangkok businessman faces the death penalty after being charged with murder for the death of a top Crime Suppression Division policeman and his wife last Thursday night.

They were involved in a collision with a Mercedes Benz driven by 57 year old Somchai Werotphiphat, the owner of a major automotive parts factory.

Daily News reports than he had been playing golf not far from the scene of the collision and had consumed 4-5 bottles of beer before farewelling his friends and driving home at around 11pm.

He allegedly told police he was so drunk that he couldn’t remember anything until he was surrounded by airbags in his car.

Gen Wirachai said that this was not just a case of drink driving and negligence causing death. He said the charges carry anything from 15 years to life imprisonment or even the death penalty.

Gen Wirachai said that the Thai police nationwide are set to charge anyone with murder who causes death while drink driving.

“If people are injured in DUI cases drivers will face attempted murder charges instead.”