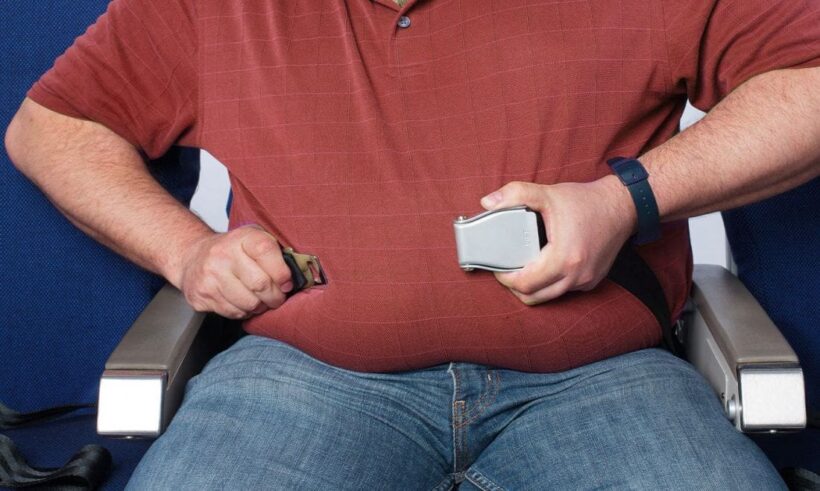 “Mr Prosser says he suffered nerve damage and a pelvic injury which has resulted in a permanent spasm in his back.”

A tourist who visited Thailand is suing British Airways after claiming he suffered injuries and loss of earnings after being forced to sit next to an obese passenger on a 12 hour flight.

ThaiVisa reports that 51 year old Stephen Prosser from Wales told Pontypridd County Court yesterday that cabin crew onboard the Bangkok to London flight ignored his claims that he would be injured if he was forced to sit next to the obese passenger.

Mr Prosser, an engineer, told the court the passenger was “extremely large” about 6 foot 4, more than 300 pounds and likened the man to the late New Zealand rugby star Jonah Lomu.

“He was that large that he had to force his buttocks between the armrests of the seats,” Mr Prosser explained.

During the January 2016 flight, Mr Prosser said he had to sit “with his knees wedged against the seat in front and the rest of his body was over spilling into my seat by some inches.”

“I was immediately aware that this was going to be problematic for me and I could feel the weight of his pure bulk putting lateral pressure on my upper body. This forced me into a position of unnatural posture,” the UK’s Press Association reported him as saying.

Mr Prosser, who is 5 foot 3, says he suffered nerve damage and a pelvic injury which has resulted in a permanent spasm in his back.

The BBC reports that British Airways deny the claims made by Mr Prosser.

Weakness in the BKK condo market