Two foreign envoys representing the Israeli Embassy in Thailand have openly expressed dismay after a member of the pop all-girl singing group BNK48 was wearing a T-shirt bearing a Nazi swastika.

“It was a bad fashion choice based on ignorance.”

“I am saddened and feel seriously guilty,” she said, overcome with emotion and collapsing to the stage.

Namsai wore the shirt – featuring a Nazi battle flag with a swastika at the centre – during a rehearsal for a BNK48 concert on Friday. The timing alone was terrible, coming just two days before International Holocaust Remembrance Day which was commemorated yesterday. The day honors the victims of Germany’s World War II attempt to exterminate Europe’s Jews.

Smadar Shapira, deputy chief of mission of Israel in Thailand, said on Twitter on Saturday that the Israeli Embassy was shocked and dismayed over the singer’s clothing choice.

“The world will commemorate six million Jews who perished. Presenting Nazi symbols by the band’s singer hurt the feelings of millions around the world whose relatives were murdered by the Nazis.” 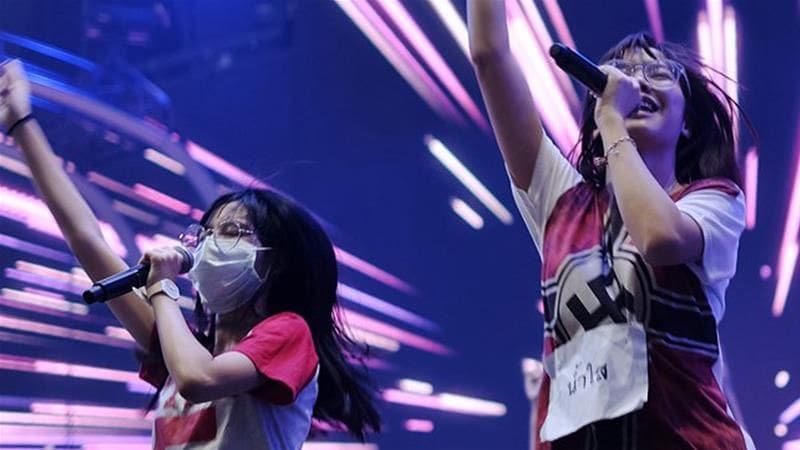 Her words were echoed by the embassy itself on Facebook.

German Ambassador Georg Schmidt, whose country has gone to great lengths to amend for the crimes of its wartime regime, also tweeted.

“We share the shock and dismay expressed by @ShapiraSmadar from the Embassy of Israel. We invite members of #BNK48 to discuss the terror to the Nazi dictatorship with us.”

“We would like to offer our sincere apologies for the incident on January 25 when one of the members featured a costume which included an inappropriate print,” its said.

The manager of BNK48 also brought “Namsai” for a meeting with the ambassador of Israel, Meir Shlomo, at the latter’s residence yesterday to express their apologies in person. 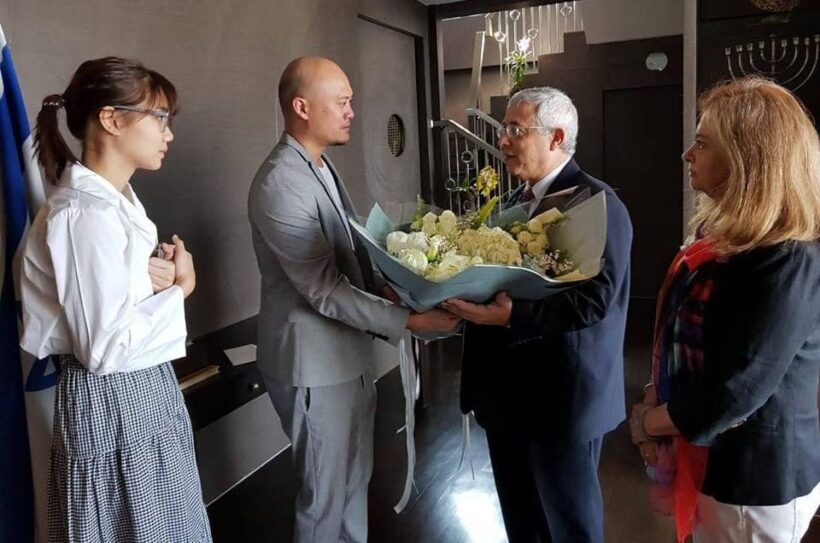 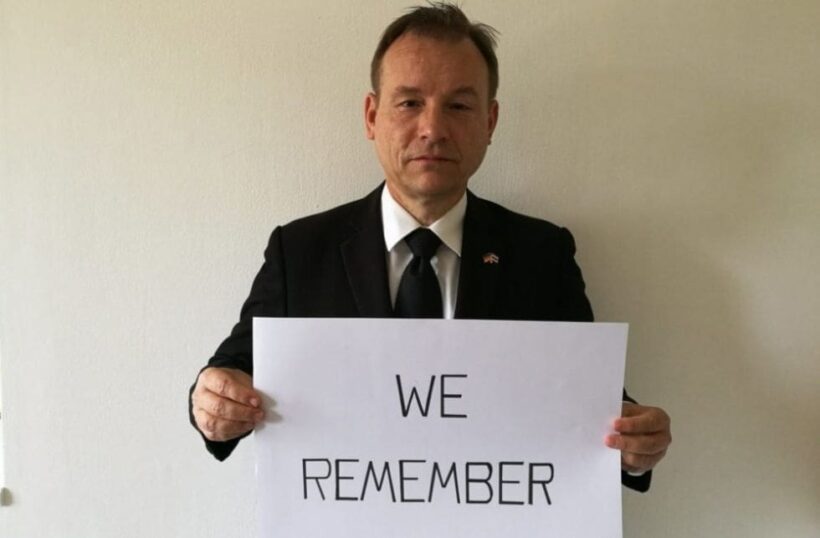