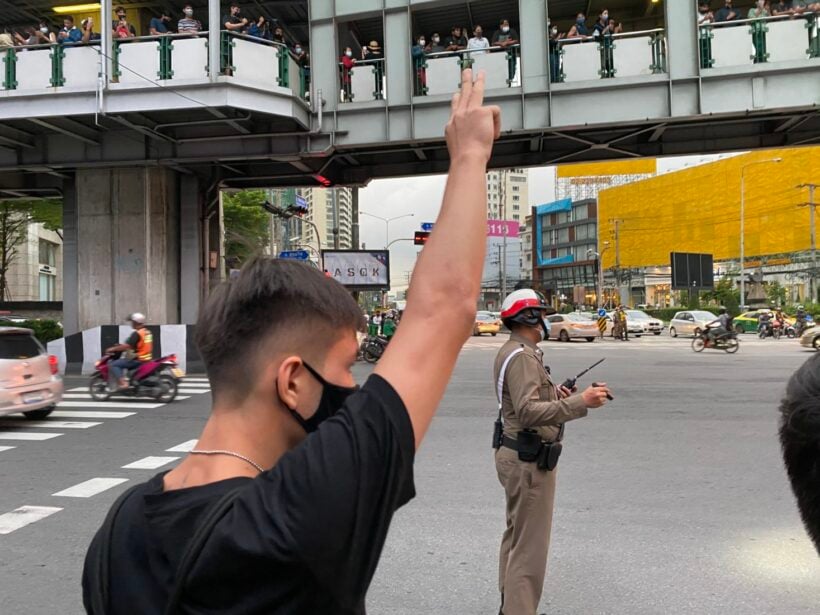 Bangkok police are warning pro-democracy activists that they may face legal again if they hold a rally. Several Bangkok-based groups backing the movement pushing for monarchy and government reform are planning to hold a rally on Thursday to commemorate the anniversary of the 1932 Siam Revolution. On July 24, 1932, the Khana Ratsadon political party, which means “Peoples’ Party,” led the nearly-bloodless overthrow, transitioning to a constitutional monarchy after nearly 800 years of absolute monarchy.

While restrictions in Bangkok are loosening up, gatherings of more than 50 people are still prohibited to help prevent the spread of Covid-19. Deputy commissioner for the Metropolitan Police Bureau, Piya Tavichai, is warning protestors that the Emergency Decree is still in place and those who gather for the rallies will be breaking the law. He advised the groups to postpone the rallies until the situation improves. The commissioner adds that police are ready to be deployed at protest sites to maintain peace and order.

“We want to point out that people are still not allowed to hold gatherings under the state of emergency. Those who violate this law will face punishment. There is no exception for those who issue invitations via social media.”

Pro-democracy protests on hold due to the latest and most severe wave of Covid-19. Protests intensified in October. Some rallies led to clashes with police who were armed with water cannon tanks laced with tear gas. Several protest leaders have been arrested on a number of charges from breaking the Emergency Decree to violating the draconian lese majeste law under Section 112 of Thailand’s Criminal Code which carries a maximum penalty of up to 15 years in prison for insulting the Thai Monarchy.

Many of the groups in Bangkok plan to hold rallies near the Government House, Democracy Monument and the October 14 Memorial. One of the groups includes the prominent United Front of Thammasat and Demonstration. Protest leader, Parit “Penguin” Chiwarak, who is a student at Thammasat University, wrote on Facebook saying the demands remain the same.

Stefan
I get it, democracy is important. However the country is still in a much greater crisis. I would postpone all activities until vaccination is successful.
MikeW
7 hours ago, Stardust said: There is no emergency degree in europe, so your theory isn't true  Or most other civilized countries