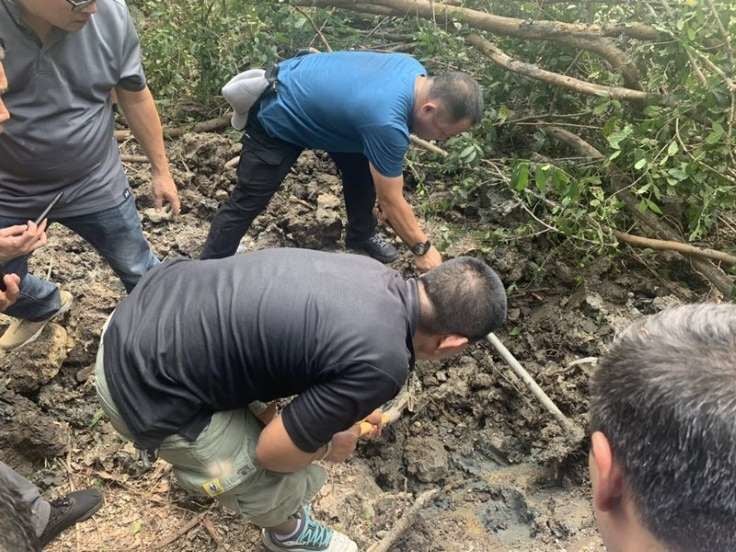 Bangkok police say they finally have enough evidence to charge a man in a murder case dating back to last year. Police arrested a Mr. Apichai, also known as “Ice,” at his home in Bangkok’s Phetkasem district. He’s charged with killing his girlfriend, allegedly hitting her in the head and stuffing her body in a chest.

Police found the body of the 22 year old woman, identified only as Kik, wrapped in a plastic bag and buried on Apichai’s property. Local media say the couple sought help from police in July last year, to track down suspects who had allegedly sexually assaulted her.

Shortly after the couple met police, Kik’s family reported her missing. Meanwhile investigators tried unsuccessfully to contact her over the assault case. Police say that while searching for Kik, they arrested a 50 year old man who they identified only as Chalermchai, who explained Kik’s disappearance.

Chalermchai said he and Apichai spent time in prison in 2012. After their release, Apichai hired him as a security guard at his house. He told police Apichai had a heated argument with Kik before bashing her in the head and stuffing her body in a chest. He says the chest was then placed in a large plastic bag and buried in Apichai’s backyard.

Police say the body was identified by Kik’s family, who recognised a fish tattoo on her back.

Thousands join the pro and anti government protests in Bangkok

Thousands gather for this morning’s protest running event in Bangkok