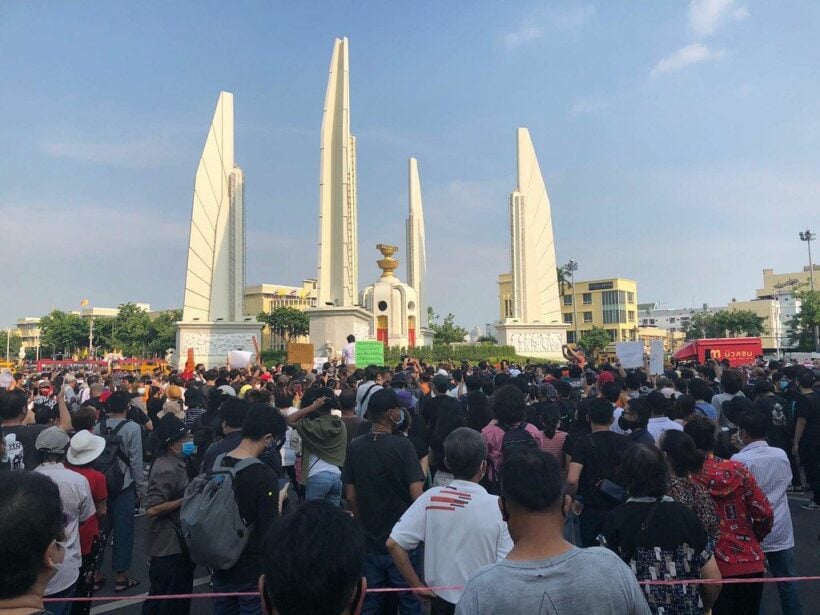 “This recent slew of arrests of peaceful demonstrators illustrates the authorities’ intensifying crackdown on freedom of expression and assembly.”

Amnesty International is calling on the Thai government to drop the charges pressed on pro-democracy activists. So far 31 activists have been arrested on charges relating to their involvement in the July 18 rally at Bangkok’s Democracy Monument.

Many leaders of the July 18 rally have been charged with violating the emergency decree’s orders which banned large public gatherings in an effort to prevent the spread of the coronavirus. Around 1,000 people attended the rally calling on the end to the military-run government and demanding a new constitution. The rally sparked a series of other pro-democracy protests.

The organisation released a statement saying the arrests violate freedom of expression. They are also asking other supports to send letters PM Prayut Chan-o-cha asking for the charges to be dropped.

“This recent slew of arrests of peaceful demonstrators illustrates the authorities’ intensifying crackdown on freedom of expression and assembly.”

Rights lawyer Arnon Nampa and university academic Panupong Jadnok were recently arrested and are still in custody after the Criminal Court revoked their bail.

“Let my detention be a ‘receipt’ of intimidation against people.”