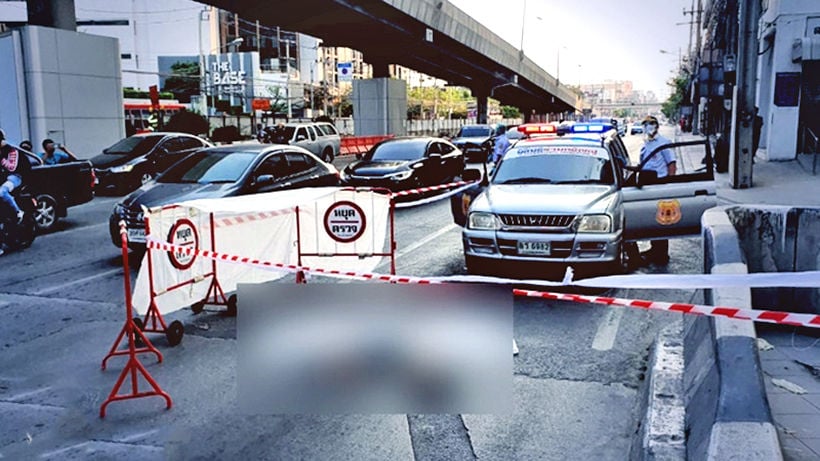 A British businessman is dead in an apparent suicide this morning in Bangkok. The man, whose name is being withheld pending notification of kin, jumped from the outbound Srirat expressway onto Ramkhamhaeng Road in Bangkok’s Hua Mak district. Police declared the man dead at the scene. The man had left an Izuzu D-Max pickup truck parked on the Sirat Expressway above the intersection and then, according to multiple witnesses, jumped to his death.

A vendor at the Ramkhamhaeng intersection told the police he heard the thud of what appeared to be a heavy object landing on the road, and saw a man lying near the intersection. Traffic police cordoned off the area around the victim while waiting for rescue workers to arrive.

The victim’s Thai wife later told police that her husband was under stress because his business was in financial trouble due to the Covid-19 coronavirus pandemic, but he did not show any signs of other illness.

The victim’s body was sent to the Police General Hospital’s Forensic Institute for an autopsy.

A 26 year old British man, also reportedly in financial difficulty due to the Covid-19 situation, jumped to his death from a Bangkok condo late last month.