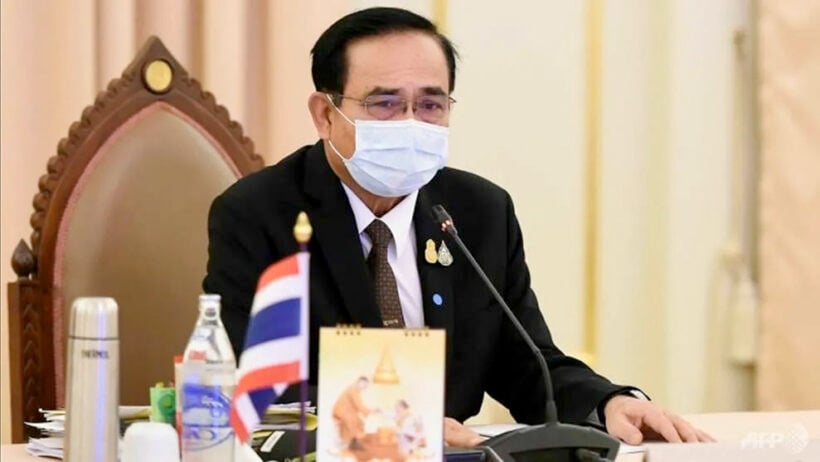 PM Prayut Chan-o-cha has stressed that public health will take priority when the government makes a decision on Tuesday whether to ease restriction imposed by the Emergency Decree to fight the spread of Covid-19.

At a press briefing at Government House yesterday, Prayut said that although Thailand has, up to now, managed to flatten the infection curve, the nation “cannot afford to lower its guard.”

“What we are concerned about most is people’s health. This will determine what can and cannot be done.”

“If the current restrictions imposed to control the spread of the virus are to be safely eased, there must still be some measures in place to prevent a resurgence in infections.”

Nevertheless, the PM emphasised, the government is very concerned about people’s livelihoods, their incomes and other daily activities.

“The government has always had two things in mind during this outbreak. Keeping people healthy is the primary concern, and the secondary concern is to keep the economy running. The government must come up with measures to address these two issues, though it has to spend the money carefully so that it will not be in trouble in the future.”

Prayut says that, while the government is doing everything in its power, it’s open to suggestions and ready to listen to the opinions of those outside the administration.

The PM noted that even though the daily number of new cases has fallen and remains low, this does not mean the country is safe, as the virus has struck more than 200 countries and there remains a risk of new infections from overseas.

“The most important thing is to prevent transmission from abroad and ensure Thais comply with disease control measures, including social distancing.”

He again defended his letters to business leaders asking them to help people affected by the pandemic through assistance projects, and reiterated that he wants to find out how they are helping their employees and get suggestions on how to tackle the economic slowdown caused by the crisis.

He stressed that the government is responsible for sorting out the problem transparently and efficiently.

Also yesterday, firebrand Deputy Prime Minister and Public Health Minister Anutin Charnvirakul said that his ministry has forwarded proposed guidelines to the PM on how to proceed if the Emergency Decree expires on April 30. The Security Council will submit a proposal today on the extension of the Decree.

Health officials announce colour-coding for provinces based on virus risk