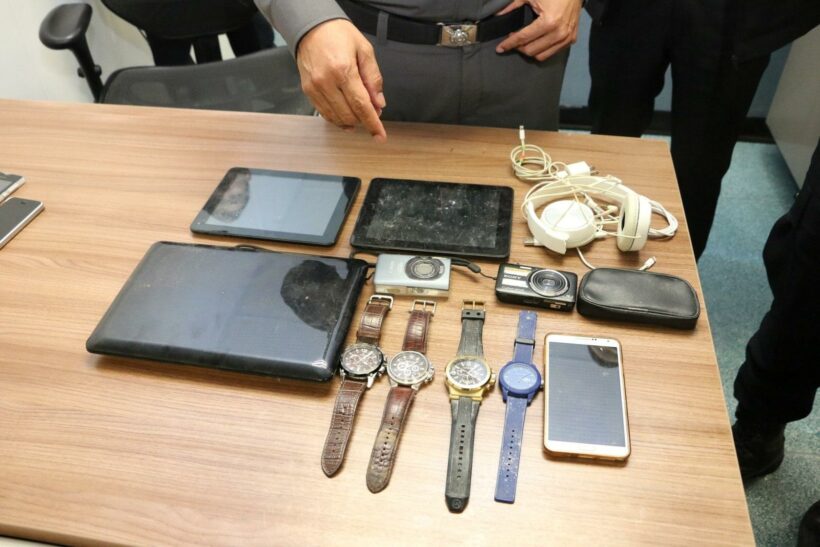 Attachai Kaewduang, a 25 years old Baggage Handler working at Phuket Airport, was caught and arrested for stealing a mobile phone and other valuables. Police found that he had repeatedly stole belongings from passengers.

Following a complains left on the AOT (Airports of Thailand) Facebook page by an Indian passenger who travelled to Dubai from Phuket International Airport on April 24 when she got her phone stolen at the airport, the airport staff worked with Sakhu Police to investigate.

The passenger reportedly received an email from her cloud account stating that a new picture had been added from her Samsung Galaxy Note 5 she lost at the airport. She submitted the picture to the AOT during the investigation.

After finding that the luggage handler was responsible for the missing phone, police also learned that he had used passengers’ belongings before, many times, and found the valuables he stole in addition to the mobile phone at his house.

Chinese tourists get in trouble in strong Nai Thon surf