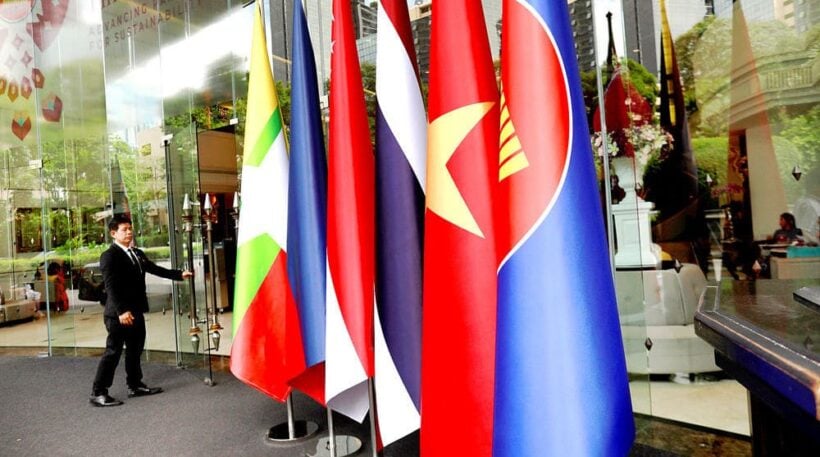 ASEAN members reached common ground on the mega economic trade bloc, the Regional Comprehensive Economic Partnership (RCEP) during their meeting in Bangkok yesterday. RCEP will cover nearly half of the global economy.

The next step is to negotiate the remaining 13 chapters of the trade deal together as a bloc at the upcoming senior economic officials’ meeting to be held in Melbourne, Australia between June 25 and July 3.

The mega-trade deal, which has been stuck in negotiations for the past seven years, has a total of 20 chapters, seven of which have now been completed.

Thailand, as this year’s ASEAN chair, has set a bold target of completing the negotiations for this mega-trade pact by the end of 2019.

Negotiating with the remaining six members as a 10 country bloc will allow ASEAN to facilitate more progress in the negotiations process when the 16 RCEP countries meet.

“Vietnam hopes that for the spirit of broadening cooperation, ensuring equality and mutual interests, all sides will reach an agreement to finalise the RCEP negotiations as promised.”

The current challenge is that India and China, members of the trade bloc, have no free trade agreement to build upon, and have been holding up completion of some chapters to gain leverage in negotiations on other chapters. Hence, the remaining 13 chapters will be concluded together as they are interlinked with one another, according to a source familiar with the matter who asked to remain anonymous.