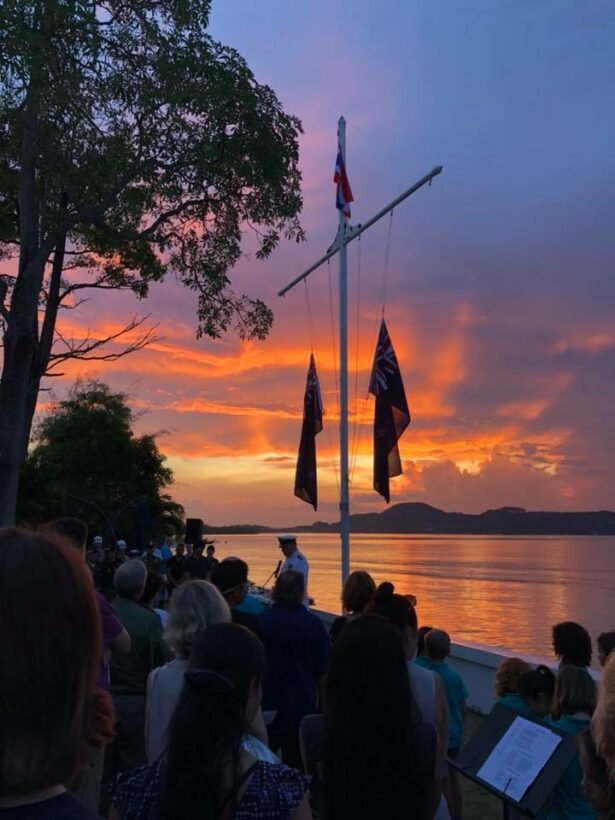 At 5.45am, Australians and New Zealanders, Phuket community representatives, crew members from the HMAS Anzac, local schools, friends and family members gathered at the Phuket Yacht Club in Chalong to commemorate the 102nd ANZAC day.

Anzac Day is held on April 25 every year and commemorated by Australians and New Zealanders to remember those “who served and died in all wars, conflicts, and peacekeeping operations” and “the contribution and suffering of all those who have served”.

Anzac Day was originally commemorated to honour the members of the Australian and New Zealand Army Corps (ANZAC) who fought at Gallipoli against the Ottoman Empire during World War I. Anzac Day is also observed in the Cook Islands, Niue, Pitcairn Islands, and Tonga, and previously was a national holiday in Papua New Guinea and Samoa.

The Anzac Ode was read by Kevin Mansfield.

“They shall not grow old as we that are left grow old.

Age shall not weary them, nor the years condemn.

At the going down of the sun, and in the morning,

We will remember them.” 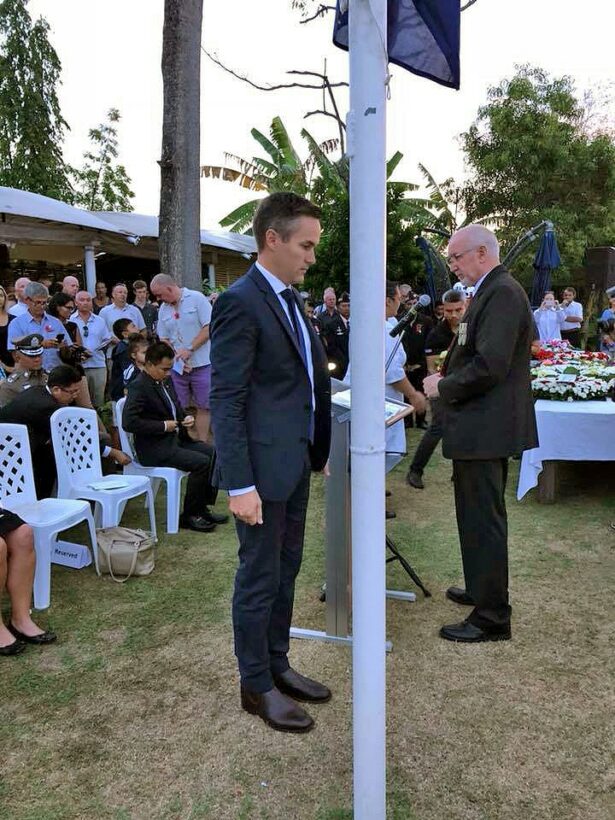 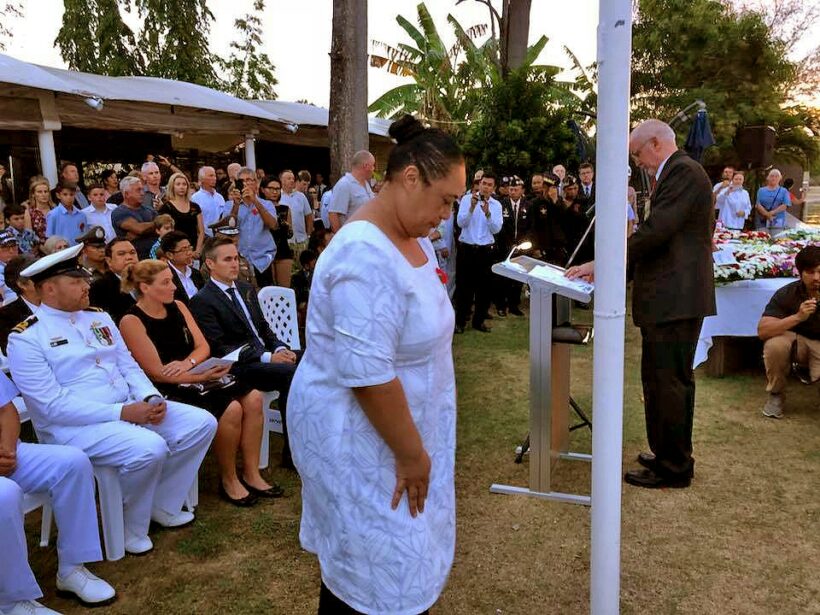 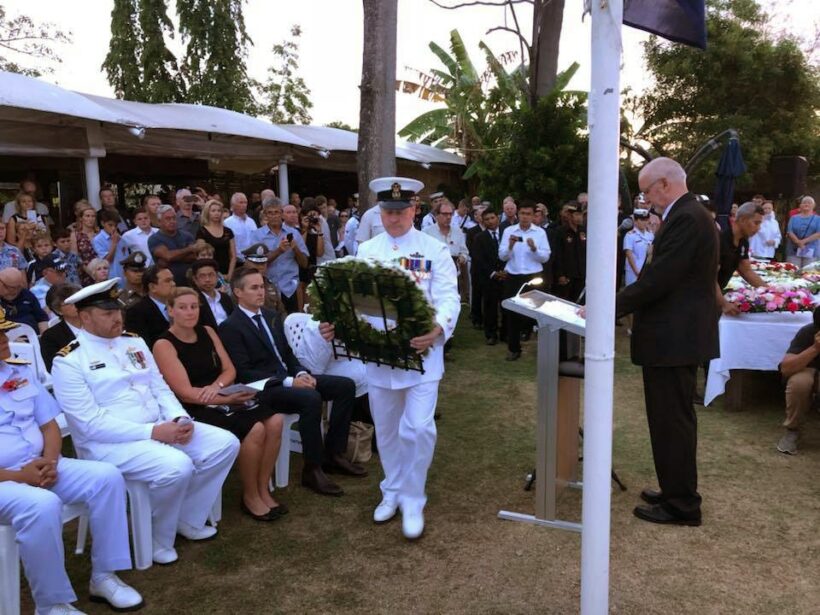 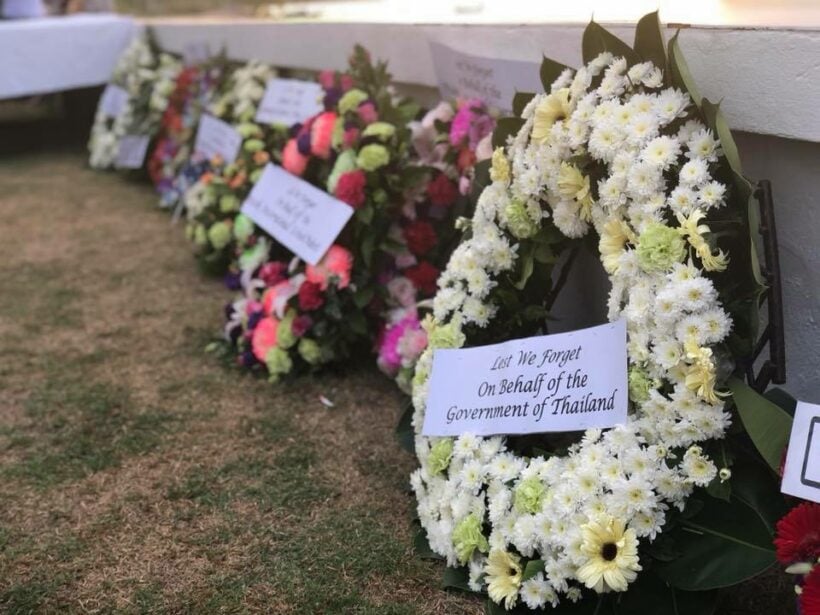 Members of the Phuket community then laid wreaths followed by the last post played by Ian Wilkinson. Members of the crew of HMAS Anzac, currently docked in Bangkok, flew down yesterday to attend this morning’s ceremony.

The event was organised by the Australian Consul General in Phuket and the New Zealand Embassy. 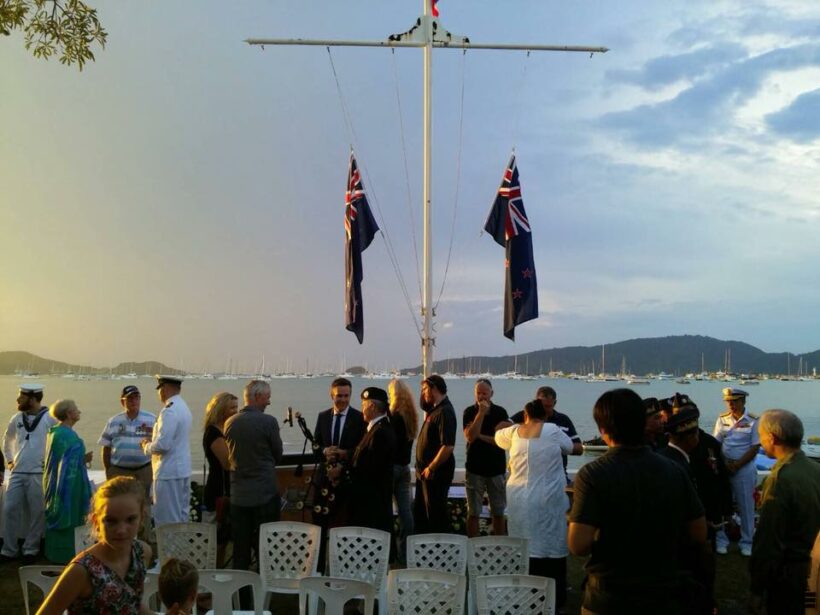 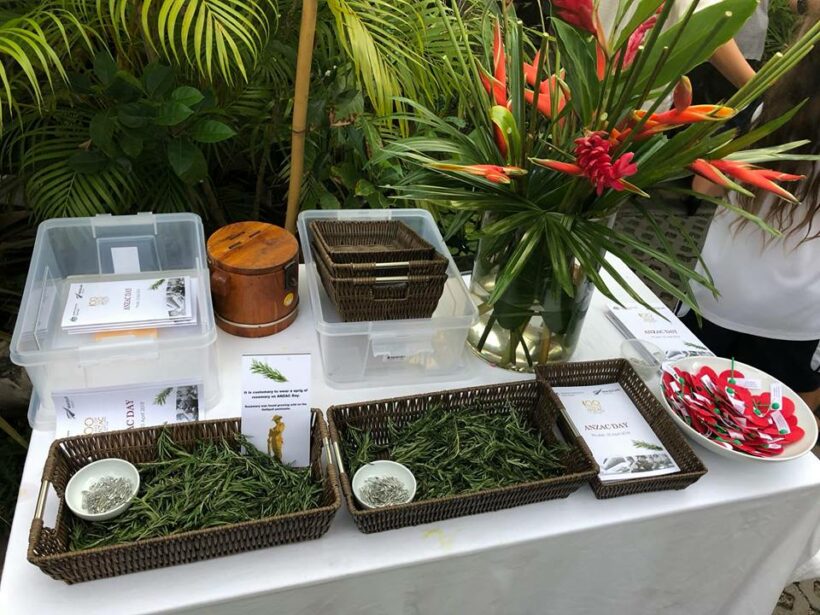