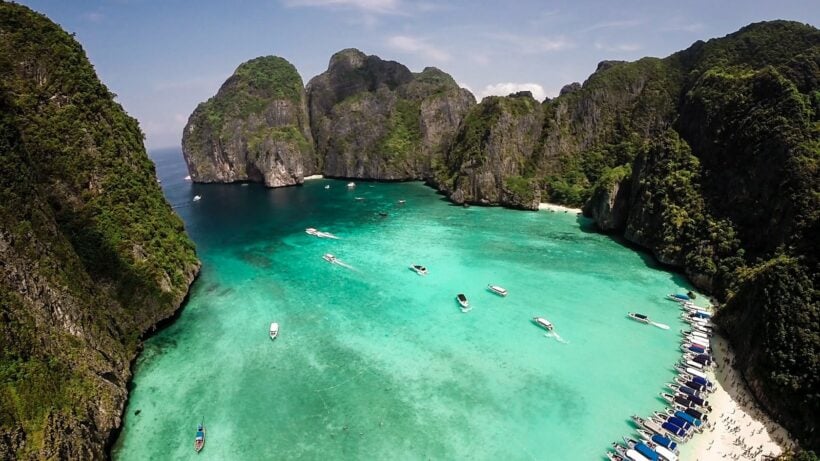 The closure of Maya Bay has come about after profound changes by chiefs of Thailand’s marine national parks. It’s been revealed that, far from being a knee-jerk reaction, the plan to close the famous tourist magnet is just the start of an entire new approach to marine conservation.

The closure is seen as an entry point for new tourism management that would also set a new standard for another 26 Thai marine parks that also suffer the burden of too much tourist-love.

Access to Maya Bay from the front of Koh Phi Phi Ley will be permanently closed following the upcoming four-month closure of the area to make way for a long-term rehabilitation of the environmentally degraded bay, which has suffered due to the overcrowding of tourists.

The bay, located in Had Nopparat Tara- Mu Ko Phi Phi National Park, was made famous following the 2000 Hollywood film “The Beach” starring Leonardo DiCaprio, but it has been degraded by the excessive number of tourists – at around 4,000-6,000 per day.

Following a recommendation by marine experts, the National Parks, Wildlife and Plant Conservation Department decided in late March to make the bay off limits from June 1 to September 30.

“Like I said, we focus more on the health of our ecosystem, not income. If we manage to do this, we can do it elsewhere – the more environmental friendly management,” said Thanya Netithammakul, director-general of the department.

According to the department’s National Parks Office director, Songtham Suksawang, the rehabilitation process, as well as the new management approach, will be based on academic knowledge.

The department has begun exploring the present extent of the damage to coral reefs in front of the bay. Techniques to replant the reefs will be introduced once the bay is closed, including coral-reef propagation, he said.

Access to the bay, Songtham added, would shift to the back of the island, where a new aluminium and plastic pier and bridge would be introduced as a new access to the bay to reduce ecological impacts from tourists.

Their number of transport boats will also be limited to half of the present figures, while an e-ticketing system will be introduced to help handle tourist demand.

“It’s also sort of distributing tourists to other less-crowded spots to help handle pressure from them,” said Songtham, echoing the government’s toursim policy.

The Government has flagged that it wants tourist boats to take passengers to other islands around Phuket, whilst not as famous as Maya Bay, share the same topography and beautiful beaches.

Thailand still relies heavily on tourism, and according to Thon Thamrongnawasawat – a member of the national strategy committee on sustainable growth – it is one of the prime sectors highlighted in the 20-year national strategy to help drive the country’s gross domestic product.

Tourism currently comprises about 20 per cent of GDP, with annual revenue estimated at around 3.3 trillion baht.

This year’s foreign tourists are expected to reach 40 million, with more than 70 per cent tending to visit the country’s popular marine locations, Thon pointed out.

This has caused several popular marine spots to become crowded with foreign tourists, and their carrying capacity having become extensively compromised, he added.

Thon said he was glad to see the initiative at Maya and it would be a turning point for reform on marine resources management.

“It’s sort of you are telling the world that you are going to do this, and it is loud and clear this time. It’s also a critical point for the reform of our marine resources management,” said Thon, a marine ecologist who is also a member on the National Natural Resources and Environment Reform Committee. 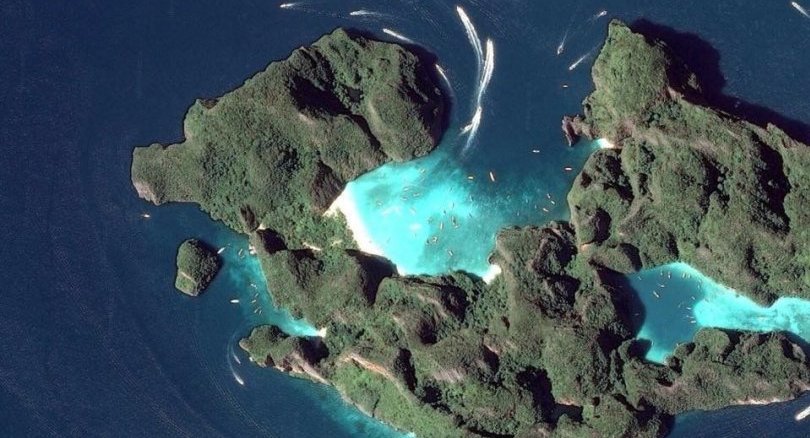