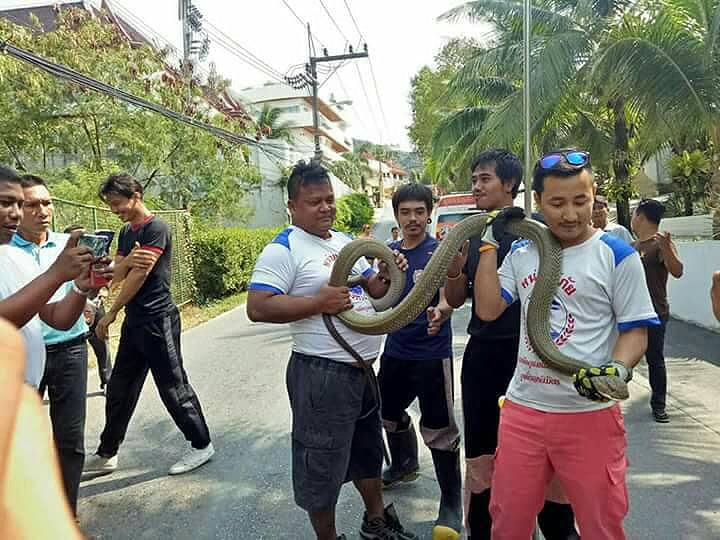 This morning (March 28), the Phuket Ruamjai Rescue Foundation captured a 4.5 metre male king cobra. Records show that there have been about 80 snakes captured within the past 3 months by the Ruamjai team.

The rescue team was contacted by a local about the snake in Soi Patak 24 in Karon. The snake was hidden underneath a green-plate taxi parked in front of a hotel. It’s tail was sticking out underneath the taxi, someone noticed it and informed the taxi driver.

After capturing the cobra, the team released it back to the forest on Mai Tao Sibsong Mountain in Chalong.

“From January of this year until this month, we have captured about 80 snakes, which is about 2-3 of them per day on average. If anyone find a snake, you can contact our foundation, we will go and capture it immediately,” said the representative of the foundation, Sayan Thammapan.

If you have a snake hiding under your taxi or anywhere around your house, contact the snake catchers HERE. 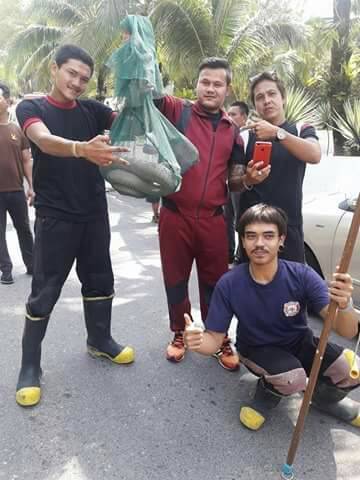 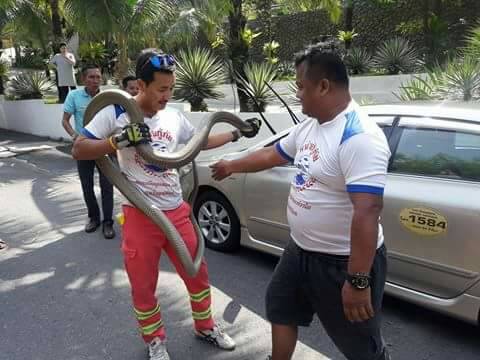 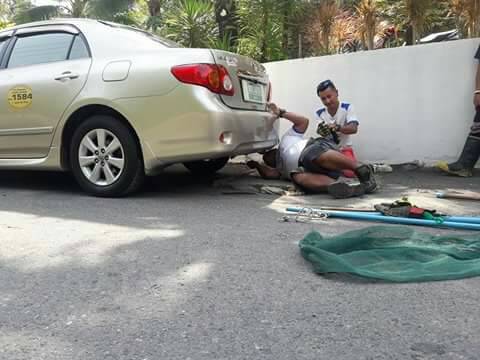