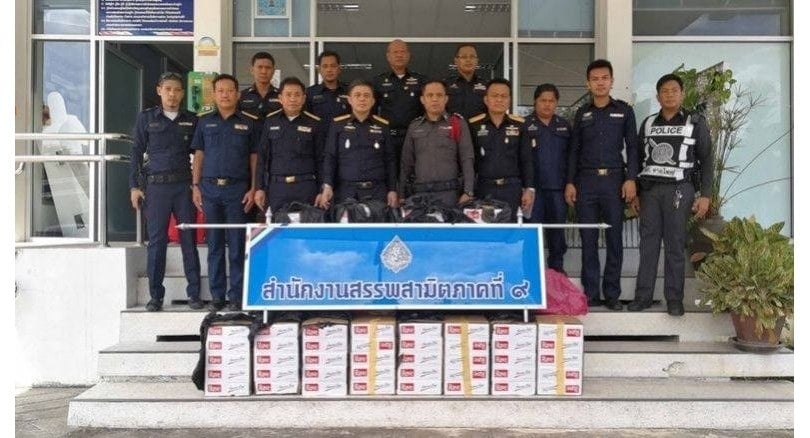 FILE PHOTO: The Nation (from January this year)

The goods were found at a house in a rubber plantation in Tambon Klong U-tapao following a tip-off, says Thammasak La-or-iam, an official of the Excise Area 9 Office.

The 25 cartons of cigarettes were packed in 51 cardboard boxes. No one was in the house when the officials raided.

Thammsak said officials learned the cigarettes were to be kept at the house for two days and then distributed to shops in Songkhla and nearby provinces.

It’s not the first time officials have targeted roads on contraband cigarettes in the southern provinces. Regular patrols try and track down importation of cheap cigarettes from across the Malaysian border.