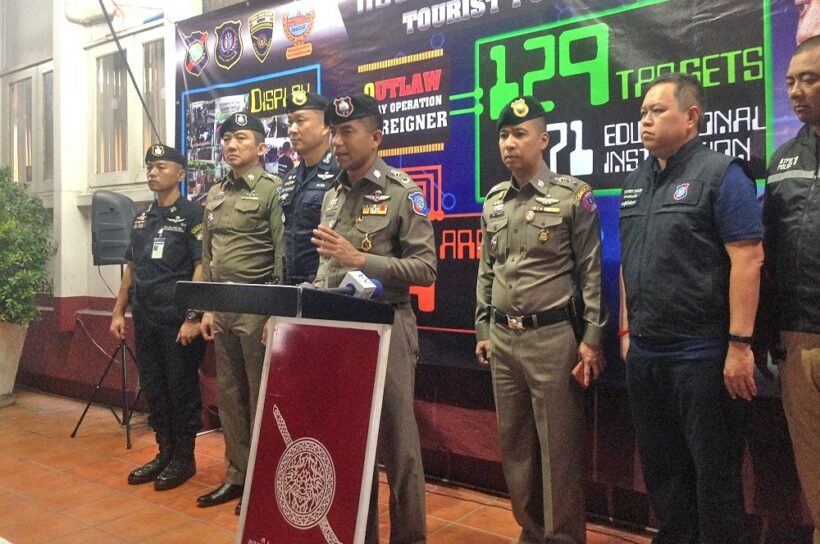 As before, the searches have focussed on international schools and language schools.

General Surachet says five were arrested for overstaying their visa – one Lao, one Indian, one Vietnamese, one Russian and one Burmese.

At an early morning press conference at the Huay Kwang police station in Bangkok, the deputy commissioner of the Tourist Police Bureau said 51 were arrested for unlawful entry to the Kingdom – 30 from Myanmar, 10 Cambodians, eight Laotians, one Indian, one Vietnamese, and one Sierra Leonean.

Surachet says seven others have been arrested on other charges – two Nigerians, two Indians, one Chinese, one Burmese and one Ghanaian.