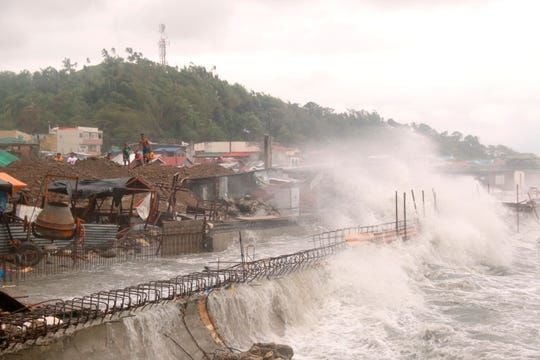 Typhoon Vongfong (aka. ‘Ambo’ in the Philippines) has made landfall, forcing tens of thousands of people to quickly evacuate whilst in the middle of lockdown amid their local Covid-19 outbreak. The typhoon struck the Phillipines east coast islands around Samar at around noon yesterday. Around 200,000 people living in the coastal areas near Samar have been affected.

Vongfong packed winds of at least 185 kph -around the equivalent of a category 3 hurricane.

The coronavirus lockdown complicated the evacuation although similar evacuations for tropical storms is not unfamiliar for Philippines residents at this time of the year. More than 50 million people are currently living under strict lockdown rules imposed by President Rodrigo Duterte. In order to combat its spread, evacuation centers in the central Philippines will only be filled to half capacity, according to Reuters. Evacuees will be expected to wear face masks.

Vongfong is the first named tropical storm for the 2020 West Pacific storm season. The Philippines currently has 11,876 cases of the disease, according to worldometers.com.

The small, but intense, typhoon is tracking north up the eastern islands and will turn northwest and weaken as it again moves out to sea late on Saturday. Heavy rain is expected to continue over parts of the Philippines, including the vast Visayas and Bicol regions and northern Luzon island.

Due to the Philippines’ location in the tropical Pacific, the archipelago is hit by around 8 to 10 storms in an average year.

The only difference between a ‘hurricane’ and a ‘typhoon’ is the location where the storm occurs. In the North Atlantic, central North Pacific, and eastern North Pacific, the term hurricane is used. In the Northwest Pacific and West Pacific, it is called a ‘typhoon’. In the southern hemisphere the same weather systems rotate in the opposite direction and are called ‘cyclones’. 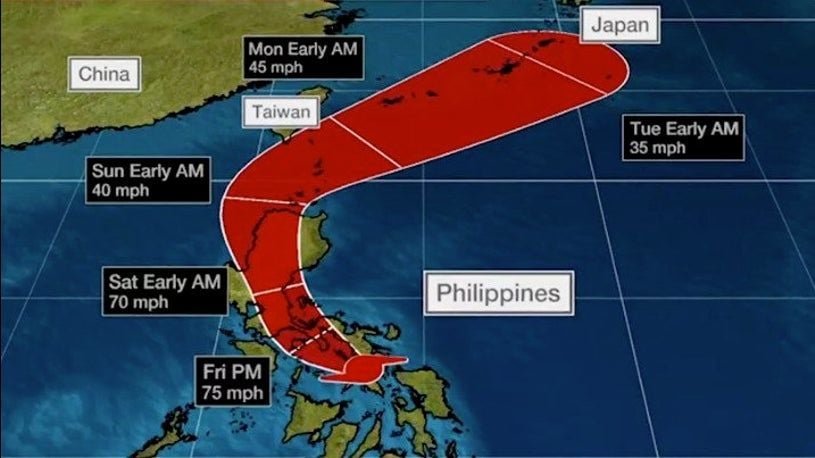 WHO spokesman: Covid-19 may never be wiped out