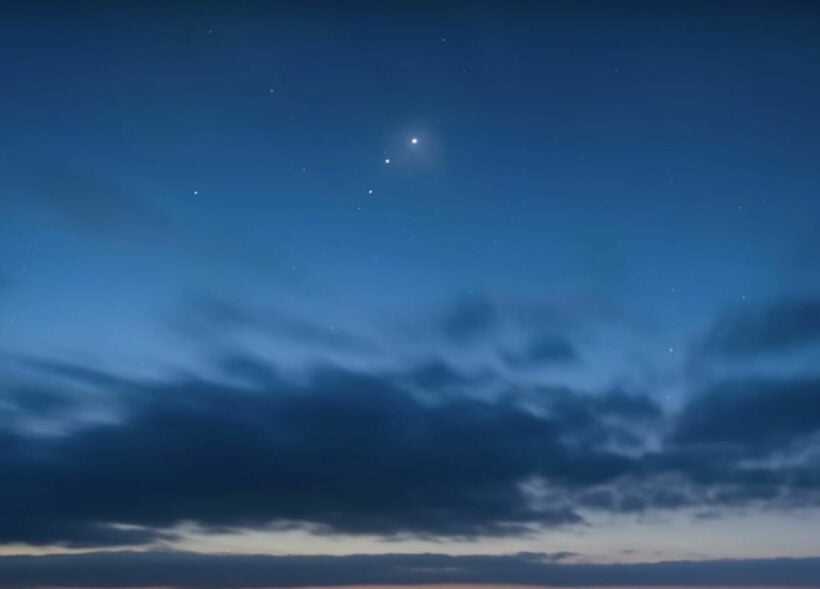 Mars, Venus, Saturn and Jupiter align with a crescent moon at dawn over Thailand skies this week. Credit: NASA

Stargazers in Thailand will be able to catch an early morning glimpse of celestial delight this week, when Mars, Venus, Saturn and Jupiter align with a crescent moon at dawn over Thailand skies.

The rare synchronisation of the solar system will occur between 4am and sunrise from April 25 – 27, according the National Astronomical Research Institute of Thailand – or NARIT – which said stargazers will be able to see it with their naked eyes. On Monday, the crescent moon will appear near to Saturn, before drift toward Venus and Jupiter.

At the start of April, Venus, Mars and Saturn have formed a pre-dawn trio on the southeastern horizon, with Saturn appearing to gradually drift toward Mars according to NASA. The planets can currently be seen in a line on the morning horizon, after Jupiter started to rise before dawn by the ides of April.

Meanwhile, the sun is also “shifting” in its solar path. At exactly 12:16 pm on Wednesday, April 27, the sun will appear directly overhead in Thailand.

However, the Meteorological Department this does not guarantee that Wednesday will be the hottest day of the year, due to forecasted cloudy conditions. The department has forecast a high of 39 degrees Celsius on Wednesday in Bangkok, as it predicts cloud cover.

Winds blowing up from the southeast and a low pressure system will bring humidity from the Gulf of Thailand to areas across the country starting Friday. This will result cooler weather, dousing the heat wave that began at the beginning of April.

According to the department, when cooler air hits the hot air and humidity, the weather will cool, causing rainfall in some places and easing the hot weather.

The hottest air temperature ever recorded in Thailand was 44.6 degrees Celsius. It was recorded in Muang district of Mae Hong Son province in northern Thailand on April 28,2016, according to ThaiPBS.

The solar equinox – the time the sun appears directly overhead the equator – happened on Sunday, March 20, marking the first day of spring in the Northern Hemisphere. The summer solstice will occur on Tuesday, June 21.

For more information about what’s happening in skywatching this month, check out NASA’s solar system webpage. 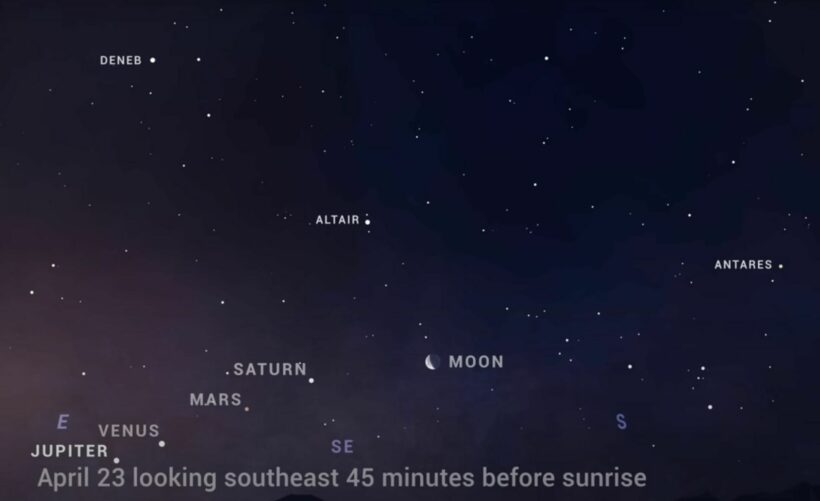