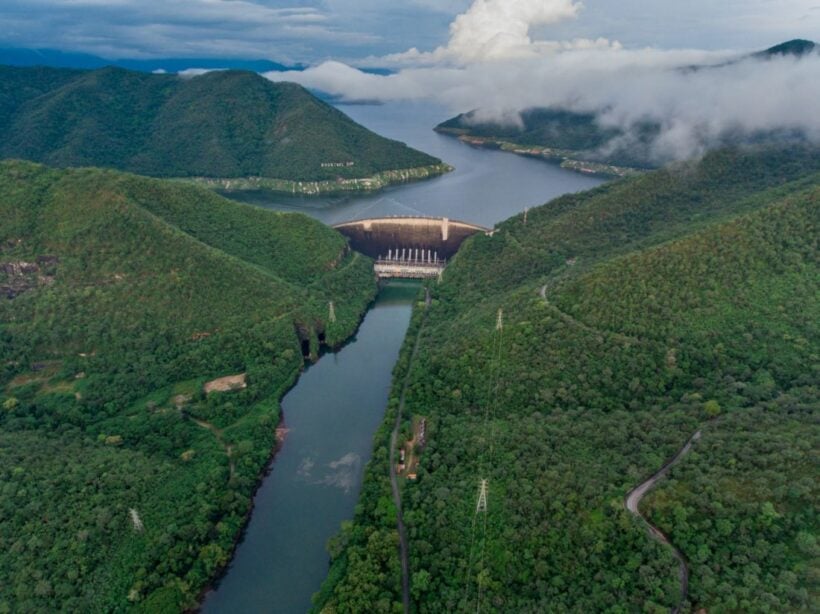 PHOTO: Bhumibol Dam in Tak when full, now holding only 4% of capacity

The Royal Irrigation Department is assuring farmers and residents in the central and north-east that there is no risk of Thailand of severe water shortages. This is despite little rain in some areas during the annual wet season and the low levels of the Chao Phraya River basin’s four major dams.

The Department reports that…

• Bhumibol Dam in Tak province had 682 million cubic metres, a mere 4% of capacity

This meant a combined 1.18 billion cubic metres of water was available for use from the four dams.

Despite the alarming figures, an Irrigation Department spokesperson told the public not to panic and assured the country would not suffer a critical water shortage in 40 days as had been rumoured and reported.

“There is still some rainfall and water pouring into the dams on a daily basis. Compared to the situation in 2015 when dams could release only 18 million cubic metres of water a day for consumption, this year’s situation is still better.”

He urged people to save water as a precaution against a crisis that could rise as weather was unpredictable.

Farmers on the Chao Phraya River basin’s upland have been asked to postpone their rice planting until the rainfall becomes steady to prevent damage to crops.