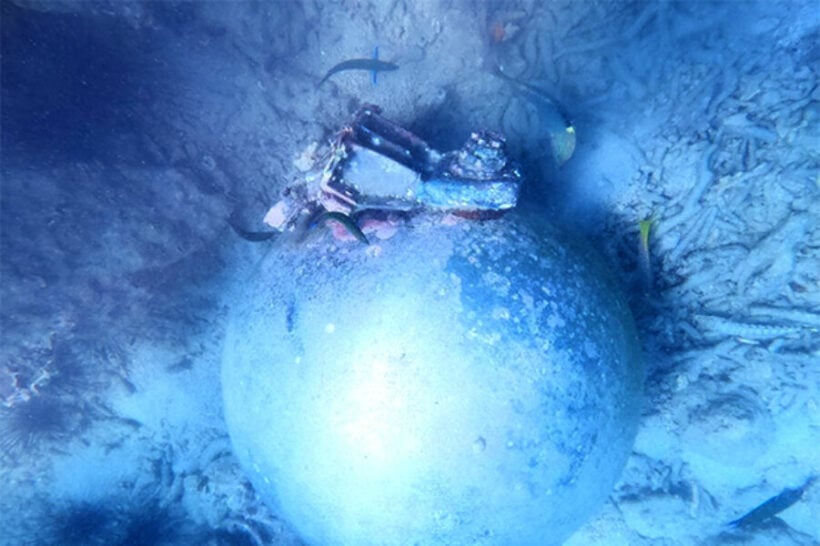 While the strange object 6 metres underwater off the Phuket island of Koh Aeo is as yet unidentified, officials have determined that it is definitely not a bomb. Much to local relief of the local fishermen who spotted the object and reported it Friday, Thai navy officials determined the object was harmless.

The spherical metal object was found underwater about 20 metres from Koh Aeo, a tiny forested island off the southern tip of the main island, between Phuket and Koh Phi Phi. The Vice-Admiral of the Third Naval Area was called out with a crew to investigate. The Thai Maritime Enforcement Command Centre had originally received the report of the object by local fishermen in their local Phuket office.

The object was described as about 45 centimetres in diameter and hollow, made out of aluminium or a similar metal. The bomb squad was summoned to investigate the mysterious object while it sat underwater on the seafloor off Phuket, about 6 metres deep. The explosive ordinance disposal unit of the Third Naval Area was able to determine that the device was not dangerous.

Ko Aeo is a very small island near Koh Lone south of the main Phuket Island. With it’s rocky shores and forested land lacking any beach area, it is seldom visited and not considered a useful destination for tourists or sightseers. At one point the island was considered for the possibility of conversion into a monkey sanctuary, but the idea did not come to fruition.

Suicide of Burmese worker by jumping from quarantined factory window