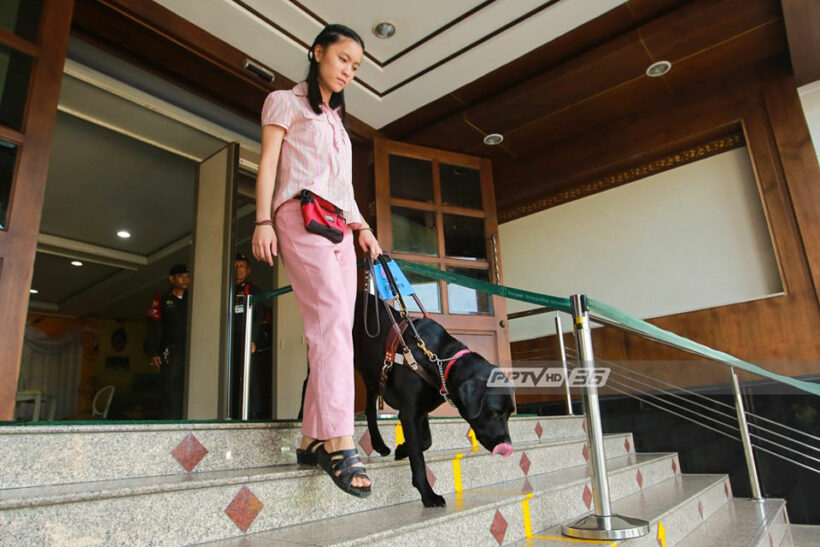 Bangkok’s Governor Aswin Kwanmuang says he will coordinate with related agencies and public parks about making access for the disabled better around the city.

He made the announcement after meeting with a visually-impaired person complaining about her guide dog not being allowed into state offices and other public sites.

Sight impaired Kirin “Sai” Techawongtham, who created a Facebook page about herself and her 3 year old black Labrador, Luther, to raise public awareness about guide dogs, told the Governor it was difficult for visually-impaired people to access state offices because officials still did not understand the function of a guide dog and prohibited them from entering public offices.

Kirin, a new psychology graduate from Hendrix College in the US state of Arkansas.

“I understand that pets are prohibited from entering public offices in order to avoid disturbance, but a guide dog undergoes intensive training and does not cause any disturbance or property damage. So, I want to call on officials and agencies to open their hearts to guide dogs.”

She told the Governor that getting around roads and footpaths in Thailand is also difficult for the visually impaired because there are so many obstacles on the ground and overhead.

Kirin lost her sight at age 13 due to a brain tumour. She met Luther, her guide dog, two years ago at a New York-based non-profit organisation “Guiding Eyes for the Blind”. 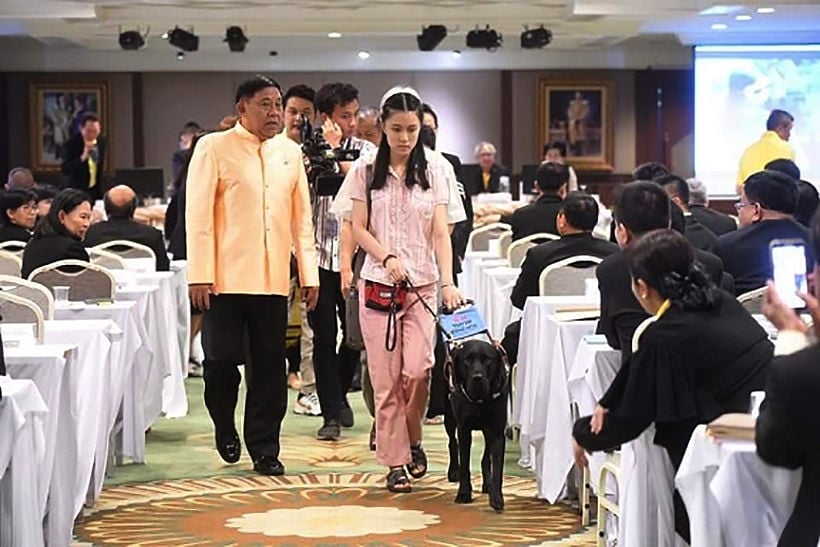