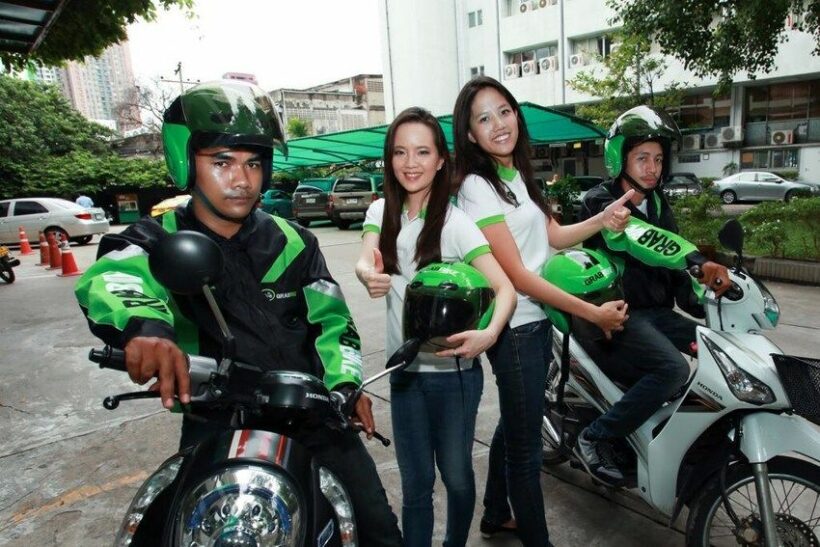 Grab Car and Grab Bike, the ride and taxi hailing apps, are likely to become legal in Thailand after the head of the Land Transport Department said public consultation was mostly positive. The DLT received around 1000 supportive comments and observations in a consultation, according to Thai news agency Sanook.

The department will submit its findings to the Transport Ministry and is preparing to make the necessary changes to accommodate Grab, subject to approval. The move has been on the books over the past six months.

Grab and other such services are technically still illegal in Thailand but have become popular anyway with customers voting with their phone apps and using the newer, more nimble and reliable, services. But it hasn’t all been plain sailing with traditional taxi services and ‘win’ motorcycle taxis fighting back, verbally and physically. There have been multiple brawls and disputes, some deadly.

The service has had other problems, as local drivers have gone on strike several times, demanding better wages and benefits with the global ride-hailing companies.

Several groups representing traditional motorbike taxi drivers and car taxis are protesting any change to the law, insisting that the service should remain illegal.

Tesco to sell assets in Thailand and Malaysia