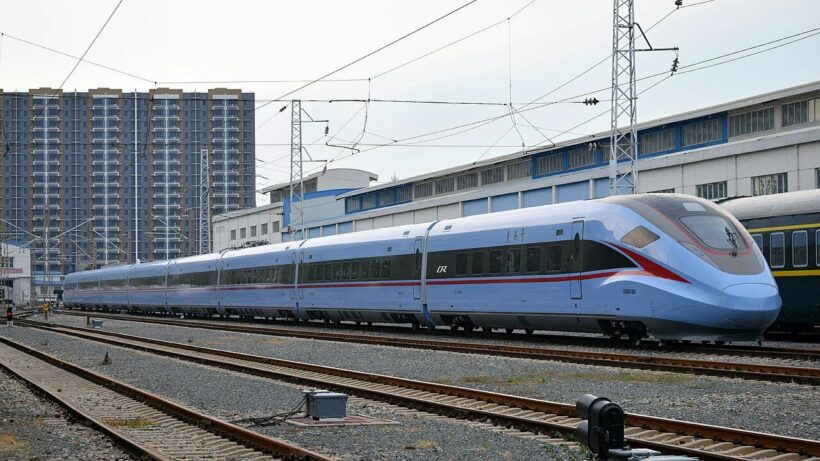 PHOTO: High speed rail to connect Thailand and China will have to wait 3 more years. (via Wikipedia)

With recent plans fast-tracked to build a bridge to connect Thailand to the Chinese-La0 cargo train route, more rail projects are being focused on. But the plan to create high-speed rail service that travels 873 kilometres from Bangkok into China is now slated to begin operations 3 years later than originally planned.

The first leg of the high-speed rail, which will connect Bangkok to the city of Nakhon Ratchasima, is now scheduled to start running train service in 2026. That stretch of about 200 kilometres is the first phase of the project, with another 330 kilometres of railway being built in phase 2 to connect Nakhon Ratchasima to the Laos border at Nong Khai at the northern edge of Thailand.

According to a government Deputy Spokesperson, that second phase is expected to begin operations in 2028 and is currently undergoing an environmental assessment before construction can commence. This would complete the 5.2 billion baht deal that the governments of Thailand and China struck back in 2017. The construction has faced many delays due to technical assistance, financing issues, and debate over the design.

When the rail is completed, it will be yet another notch in the Belt and Road initiative that China has launched to try to connect their country to all regions of Asia by land and sea. The goal is to link south Asia, Central Asia, and Southeast Asia, with overland transportation that can connect to maritime routes that would further expand expedited trade to Europe and the Middle East.

After the railway was completed last month from China to Laos, while Thailand lags at connecting at the Laotian border to the Thai rail system, that route saw a boom in trade. In December of 2020, 4.6 billion baht was traded along that route, while last month those totals ramped up to a total of 6.9 billion baht.

AussieBob
@Poolie must be so disappointed - I am sure he was planning on taking many family holidays there. Only kidding Poolie - have a great day 😉 My 🇦🇺 Aussie sense of humour showing.

Rain
Hooks up through Kunming and Yunnan Province. Silver lining.
Buttaxe
Gonna take a wild guess here and say the delays are caused by the Thai end of the partnership. Culture and baby, every time. The only reason the Lao line got completed was it was mostly a Chinese project and…