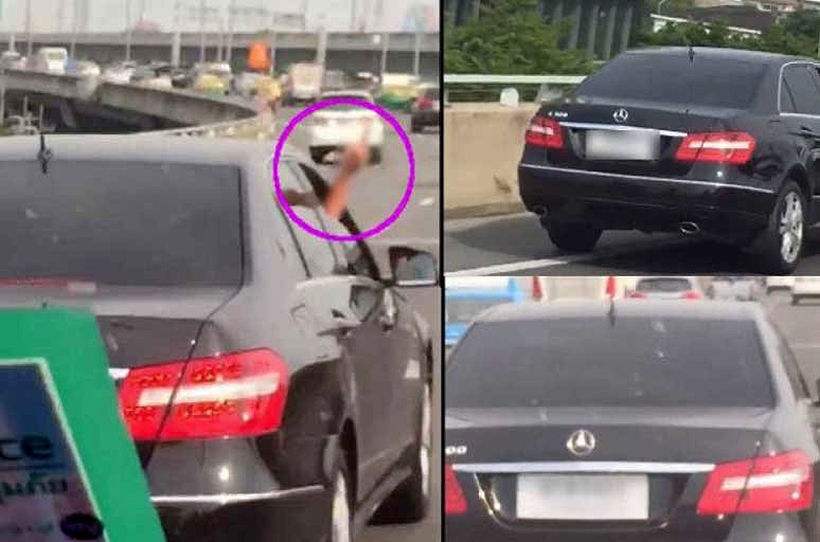 Police are tracking down the driver of a Mercedes Benz who gave ambulance drivers ‘the finger’ after refusing to give way to the screeching sirens of the ambulance trying to get a patient to hospital. The ambulance travelling between Phyathai 2 and Phyathai Hospital (Sri Racha) in central Bangkok on Saturday.

The relatives of the patient described the incident as “unbelievable” after the black Mercedes Benz refused to give way to the ambulance. In fact, it appeared to impede the ambulance from getting past.

Not giving way was bad enough but he added a final insult by giving the ambulance drivers a ‘middle finger salute’ before turning off the expressway. During the video it also appears that the black Benz appears to veer slightly to the left as the ambulance was attempting to change lanes to get past the car.

Thai media has calling for urgent action to stop this ongoing problem of drivers, mostly Thai, not pulling over to let ambulances through on busy roads. The media are pointing out that the current fine of 500 baht is hardly a deterrent and education and promotions are needed to explain (as if it really needs explaining) what to do in the case of an approaching ambulance with its siren on.

The ambulance driver ‘Warut’ told police that everyone else on the road had got out of the way. But the Benz driver did not. He seemed to be being deliberately difficult before he left the road at speed.

A relative of the patient, travelling in the ambulance, slammed the driver as “unbelievably inconsiderate”.

The video clearly showed the licence plate of the car and police say they will track the driver down before the end of the day. 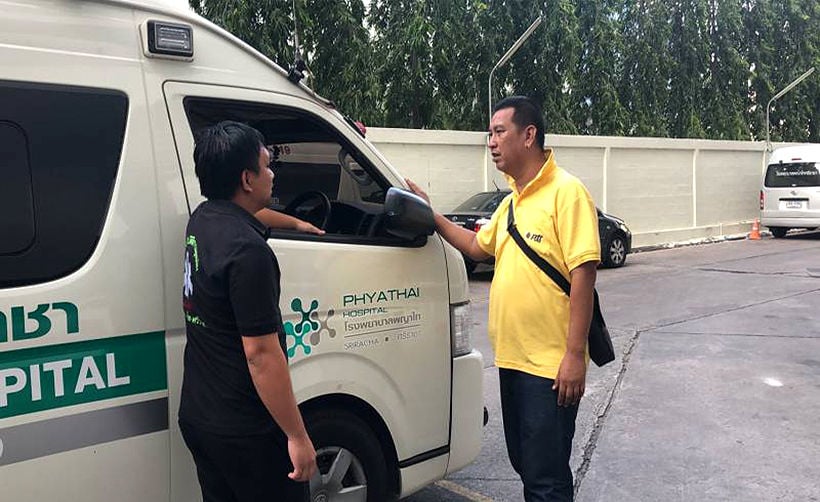