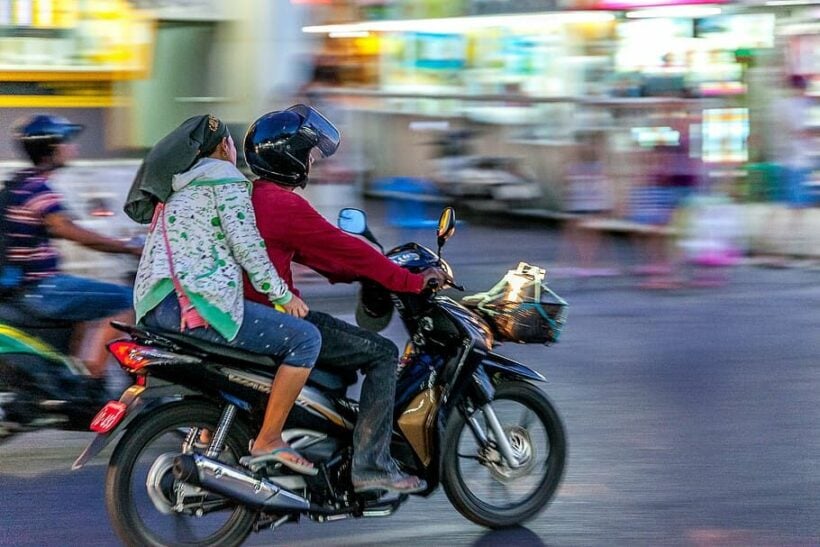 Motorbikes, motorcycles…..what’s the difference? Although some say there is a difference, having this conversation can end in confusion and mixed results, depending on who you are talking with. As many use such vehicles in their daily lives here in Thailand, the topic often comes up in some way, shape, or form. But, that topic is usually discussed between expats, who bring their home country’s lingo with them upon arriving in the Kingdom.

Although the 2 terms are quite similar, many argue that they are, indeed, different. Some say that the difference is in the size and horsepower. But others say the terms are identical in meaning. Depending on where you are from, the terms ‘motorbike’ and ‘motorcycle’ could be used interchangeably. And, if they are not considered the same, expats oftentimes think using such words to describe the same thing is absolutely mental.

One of the most common myths is that a motorcycle is bigger and more powerful than a motorbike. However, there is no known legislation that backs up such a claim. Although this difference in bikes could be true, it has never actually been proven, therefore it is best thought of as a myth.

A history of the words’ meanings

Although the 2 terms are interchangeable when describing the same type of vehicle, many still claim there is a difference. Yet, if you look at the words that were fused together when creating the terminology, it is essentially the same meaning. As motorcycle technically means the combination of a ‘motor’ and ‘bicycle’, a motorbike combines the terms ‘motor’ and ‘bike.’

It’s all about the context

The UK and Australia refer to the vehicle as a motorbike, though you may hear the other term as well. North and South Americans commonly say ‘motorcycle’ with hardly anyone using ‘motorbike.’ As with other differences between British and American English, various synonyms often end up sounding like a totally different language.

The arguments that a motorcycle has more power and is larger in size, don’t exactly hold up to most published definitions of the 2 words. As they are used interchangeably and basically mean the same thing, it all comes down to where you are from and how formal you speak. But, if you are wanting to impress someone, using the word ‘motorcycle’ may be the way to go, as many brands of motorcycles can go quite faster than motorbikes. And, if this last statement gets you riled up, remember that a ‘synonym,’ in the English language, exists for a reason.

Transam
In the UK, I don't recall the use of the word motorcycle in general use, it was always motorbike. A scooter was never referred to as a motorbike, always scooter. I do recall the word moped, there were quite a…

Cabra
Moped, scooter, motorbike, motorcycle... If it's 2 wheels is all good. The only distinction is anything under 125cc is generally considered illegal (in the US) for highway riding

Transam
1 hour ago, Cabra said: Moped, scooter, motorbike, motorcycle... If it's 2 wheels is all good. The only distinction is anything under 125cc is generally considered illegal (in the US) for highway riding Yep, moped, had a small  engine with…

AussieBob
I understood it that Motorbike is the 'English' description , and Motorcycle is the 'American' description.  A scooter is just another version of them both, but IMO they got their own description because they were very different.  Scooters were designed…

AussieBob
6 hours ago, Transam said: Yep, moped, had a small  engine with pedals as backup power, scooter, think based on  the kids scooter, has an engine but small diameter wheels, motorbike is the general word for a proper motorcycle, motorcycle,…

The process of buying a new car in Thailand