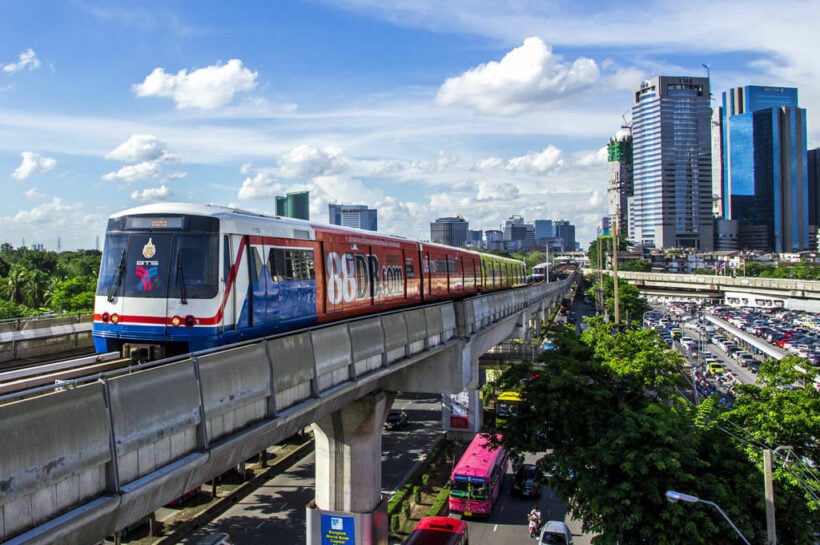 Bangkok’s BTS Skytrain is as ubiquitous in Bangkok as good street food and fake Viagra, and it’s about to add four new stops to extend its reach. A spokeman says test runs to 4 new stations beyond Kasetsart University station (N13) began on April 8.

The system currently comprises 43 stations along two lines: the Sukhumvit Line running northwards and eastwards, ending at Mo Chit and Kheha respectively, and the Silom Line which serves Silom and Sathorn Roads, the central business district of Bangkok, terminating at National Stadium and Bang Wa.

“We are in the process of dynamic tests, in which we run one or two empty trains a day to test the efficiency of the track management system. Passengers will be able to board trains during test runs in May and the extended route will officially open in June.”

“Test runs in the past week showed satisfactory results with all systems running optimally. Almost 100% of necessary equipment has already been installed at the four stations. We also make sure that the new stations are in compliance with the government’s social distancing policies to prevent the spreading of Covid-19 by using signs, checkpoints and barriers to minimise crowdedness in the station and platform areas. We also offer temperature checking service and hand gel disperser to all commuters.”

The extended Sukhumvit Line will terminate at Ku Kot station (N24), which is slated to open by the end of 2020.

Bangkok temple ordered to stop handouts due to huge queues