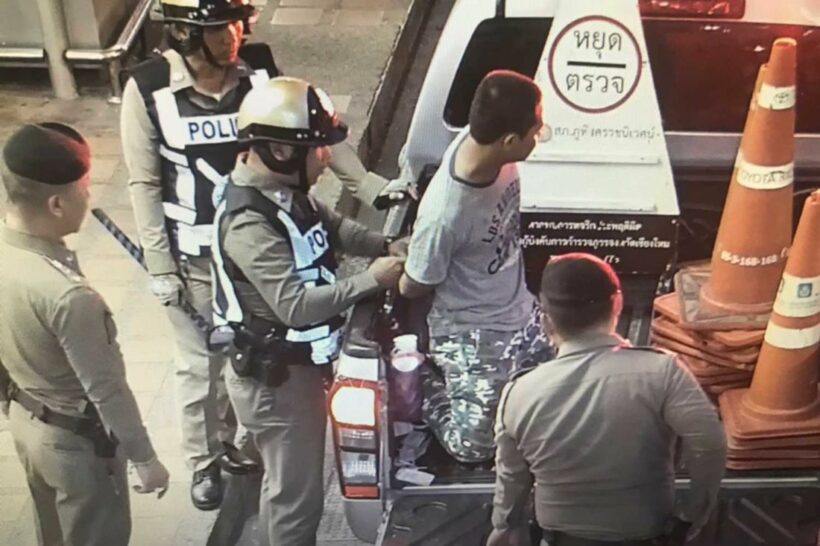 “The Airport Director claims that security staff were only doing their job and that Grab cars were not currently registered as public transport vehicles.”

Chiang Mai airport officials are denying a Grab car driver’s claims that officials attacked him and say counter-charges will be filed against the man.

Workpoint News report that 39 year old Grab driver, Suchart Chaipraya, has filed an official assault complaint at the Phuping Ratchanivet police station against airport officials. This incident is reported to have happened on Saturday night.

Suchart alleges that two airport officials assaulted him while he was detained at the airport on July 20. But the airport’s director Amornrak Xumsai Na Ayudhaya insists security officials had not assaulted Suchart but were “just doing their job”.

According to the Worpoint News report, Suchart arrived at the airport on Saturday around 5.55pm to pick up passengers. Officials say the car wasn’t registered to provide a pick-up service at the airport so security officials asked to inspect the vehicle. But officials say Suchart drove off with the tourists, ignoring their demands to stop. The car was stopped near Gate 5 of the passenger terminal. Officials claim that security officers tried to question him but he started to threaten them and produced a “baton”.

Security officials and airport police then tried to take him back to the airport building for questioning but Suchart refused. Police were called in but he tried to flee again and was eventually apprehended and handcuffed.

The airport director says that Mr Suchart refused to cooperate with officials and that they would file charges against him to protect the airport’s reputation and boost employee morale.