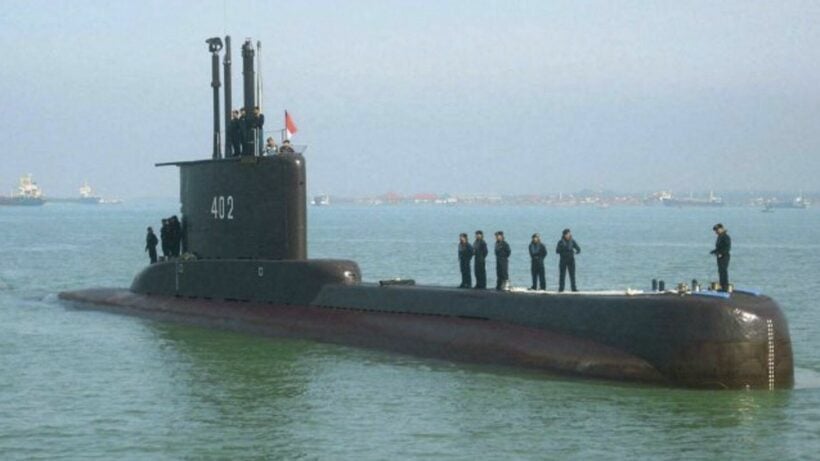 All hopes are being dashed as officials say they have found debris from a missing Indonesian submarine, signaling that there are no survivors. 53 people were on the German-made KRI Nanggala-402 submarine when it lost contact during a torpedo military exercise in the Bali Strait early last Wednesday morning.

Yesterday, searchers announced they had found oil and some debris in an area which led them to suspect it was from the missing submarine. The items located included a bottle of lubricant and a torpedo protection device. Indonesian Air Marshall Hadi Tjahjanto says the items “would normally not leave the submarine”.

A navy chief also confirmed the sad news by saying that search teams have moved from expecting to find a missing vessel to finding a sunken vessel. Yesterday, after officials reported zoning in on an area in which they believed the submarine was to be found, they also noted that it was the last day of oxygen supply on the submarine.

A scan detected the submarine to be at 850 metres deep, a depth that was well-beyond its survival limits as the vessel is designed to only withstand a depth of up to 500 metres. Officials say there was no explosion as it would have been heard by now along with evidence. Now, the sad news has shifted the search efforts to retrieving whatever debris and remains are left.

But some family members of the crew remain optimistic. Berda Asmara, the wife of the Second Sergeant Guntur Ari Prasetya, told Al Jazeera that she is still hopeful that her husband survived.

“Nothing is certain yet … The important thing is that we don’t stop praying and hopefully everyone will come home safely and in good health.”

It is not known whether anyone escaped the vessel before it dove below a safe depth, but authorities say it is unlikely. Although the cause of the sub’s disappearance has not been determined, the navy says an electrical failure could have caused the submarine’s emergency procedures to fail in helping it resurface. Indonesian navy’s retired rear admiral Frans Wuwung, says he believes a blackout was likely.

“I hope my brothers will be found safe and well because they are professionals and they know what they are doing. But the ship can withstand a maximum depth of 300 metres, maybe 500. Any more than that and I don’t dare comment. May God bless them. I am so sorry.”

Frank Owen, of the Submarine Institute of Australia, told Al Jazeera that the submarine likely flooded as it is almost exclusively what causes a submarine to sink.