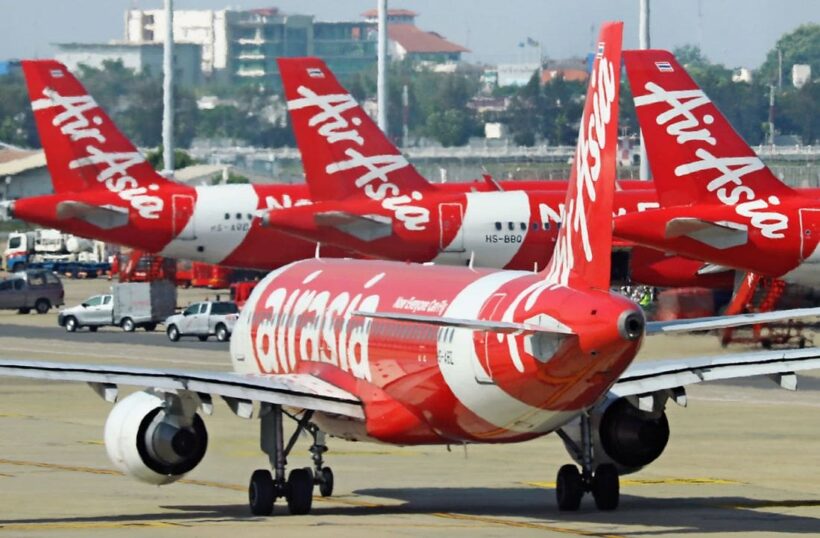 AirAsia announced in a press release today that they will resume many domestic flight routes including from Don Mueang Airport in Bangkok around the country and a Phuket to Chiang Mai direct flight. The flights from Don Mueang will resume on October 15, while the Phuket — Chiang Mai route will recommence the next day.

Last month AirAsia reinstated 11 flight routes has domestic travel began to be allowed again throughout the country. This month they will add 9 additional routes for a total of 20 operating within Thailand.

The newly added flights will include 2 from Chiang Mai – one operating to Phuket which has helped to increase Sandbox and post-Sandbox travelling, and one to Hua Hin. Another 7 flight routes will be added to and from Don Mueang Airport in Bangkok: Krabi, Loei, Nan, Phitsanulok, Sakon Nakhon, Surat Thani, and Trang.

The CEO of AirAsia Thailand says that they are working in full cooperation with the Thai government policies to improve health and safety measures while at the same time promoting domestic tourism.

It is hoped that the relaunch of these flight routes will help boost local economies around the country and allow more money to be generated in each of these locations now that it is possible to easily travel to them.

AirAsia has committed to work to continue expanding its domestic service routes and, if the demand warrants it, add additional flights and times to the most popular routes. The airline has reported surprising success for the route they reinstated in September, claiming that flights were 75% to 80% full on average. Weekend travellers increase their passenger load as high as 90% to 95%. Chiang Mai, Chiang Rai, and Hat Yai were the most popular flight launching the most full planes.

The CEO of AirAsia Thailand expressed the belief that the tourism industry will see a strong increase towards recovery in the last quarter of 2021 adding that AirAsia passengers are getting more familiar and comfortable with travelling in the new normal of Covid-19 safety and restrictions.

Paco
I hate that so much that they call it the new normal...🤮

AlexPTY
Do they expect tourists to run from sandbox into one of the most polluted city in the world? Phuket cannot be so bad? Right?
Bob20
Not seen any lights in any big bars in CM for 10 weeks. The doors are still closed but for the first time the band is rehearsing in the Good View again...
Cathat
Great,fly from a closed down resort in the south to a shuttered up city in the north. That should work well. Do they include a free tiddly winks set for the lucky tourists to play with during their prison like…
Jason
If Phuket could conduct a true sandbox, it would work very well. The only ones who enter are fully vaccinated international tourists. Most have two weeks holiday only, so would be gone before having any major effect on the local…