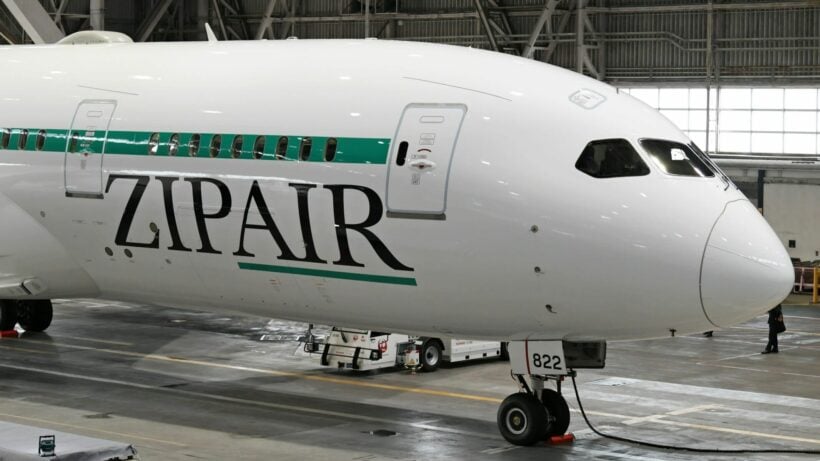 As tourists finally begin to take to the skies again, a low-cost airline in Japan is set to become the first budget carrier to fly from Asia to North America. Zipair Tokyo Inc announced today that it is launching flight service between Tokyo’s Narita Airport and Los Angeles International Airport in California, the first budget airline to do so.

Zipair is a subsidiary of Japan Airlines that started flying in the middle of the Covid-19 pandemic last year, apparently faring better than 2 budget airlines that had aimed to launch in Thailand until the pandemic hit. Now Zipair is stretching its wings and launching a Christmas gift for budget travellers. The new flight service will commence on December 25 flying from Japan to the US.

The low-cost carrier will begin its long-haul expansion by running the Tokyo – Los Angeles route 3 times a week and then intends to evaluate the demand for adding more flights to that route or expanding to fly to other cities on the American West Coast like San Francisco or Seattle for example. The trans-Pacific flight has been in Zipair’s sights since they began operation according to the company’s president.

“Ever since the introduction of Zipair, one of our key goals was to establish a flight across the Pacific. Our mission is to define a new standard in the air travel industry by offering a unique low-cost business model on long-haul international routes.”

The flights will utilise Boeing 787-8 aircraft for the Tokyo to Los Angeles route and other international routes. And the flights are keeping their budget promise with one-way ticket prices starting as low as 7,900 baht, which is about 27,500 yen or US $240.

BIGGLES
According to an article in Travel Daily, the General Director of the Airports of Thailand, who run the six main airports, have reported 80% of foreign airline slots, have been returned for the period of 31st October until the end…
Cathat
The idea behind zipair looks like it was to complete directly with air asia Japan and hopefully put them out of business before they built up market share. Given the pandemic has dealt with that it will be interesting to…
Stardust
16 hours ago, gummy said: Zipair, an interesting name but perhaps when pronounced in Japanese it doesn't sound as bad I was thinking the same and if they have zips instead doors.

Poolie
10 hours ago, BIGGLES said: According to an article in Travel Daily, the General Director of the Airports of Thailand, who run the six main airports, have reported 80% of foreign airline slots, have been returned for the period of…

RampantRabbit
IM cringing already at the thought of   a  flight in economy from Thailand to the U.S🥴

Bangkok Airways to resume flights between Suvarnabhumi and Phnom Penh