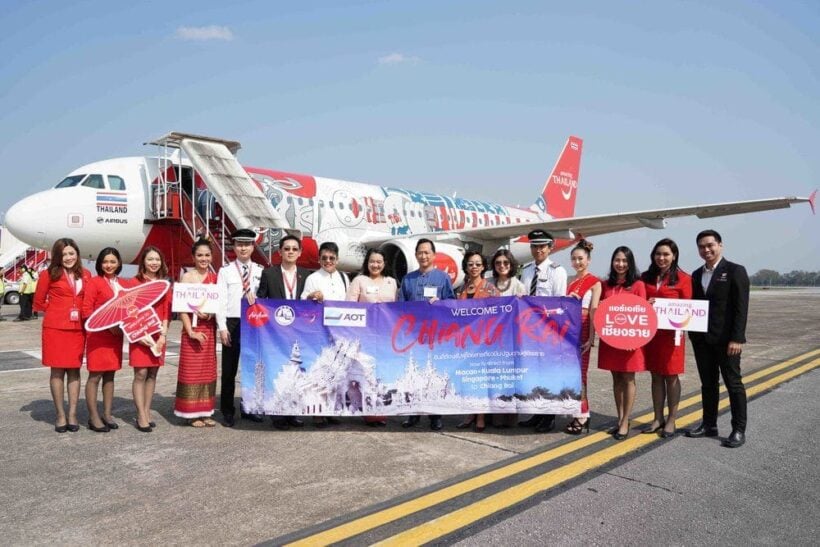 The Thai AirAsia’s direct flight between Chiang Rai and Singapore is unlikely to survive. That’s the outlook of travel website ttrweekly.com

Launched early 2019 with little fanfare, the new international route was one of four direct services that use Chiang Rai as a hub. The others were direct flights to Kuala Lumpur, Macau and Phuket.

So what’s gone wrong? Apart from the 4,000-6,000 baht return fare compared with the connecting flight route through Bangkok (costing around 12,000 baht), you’ll be in Singapore tucking into your first King Prawn at the Newton Food Centre while the others are still transiting in Bangkok.

The three weekly direct flights depart Chiang Rai on Tuesdays, Thursdays, Saturdays at 7am and arrive in Singapore by 11am. But the writer, Don Ross, is bemoaning the 50 to 60 passengers on board the 180 seat Airbus. He says he’s taken the flight six times so far and ponders the low passenger load.

Don believes there is only a slim chance of this flight surviving. Checking the Air Asia website the direct flights disappears after October 29 on the booking page.

Don believes that one obvious reason for the failure of attracting full plane loads was the health-threatening smog that covered northern Thailand for two months earlier this year. And then it was the wet season. He also ponders AirAsia’s over-reliance on its BIG Loyalty program and enthusiastic social media users to promote flights instead of spending on any local advertising.

Don has further analysis of the failure of the Chiang Rai-Singapore route this year to ignite passenger bookings. You can read his full story HERE.