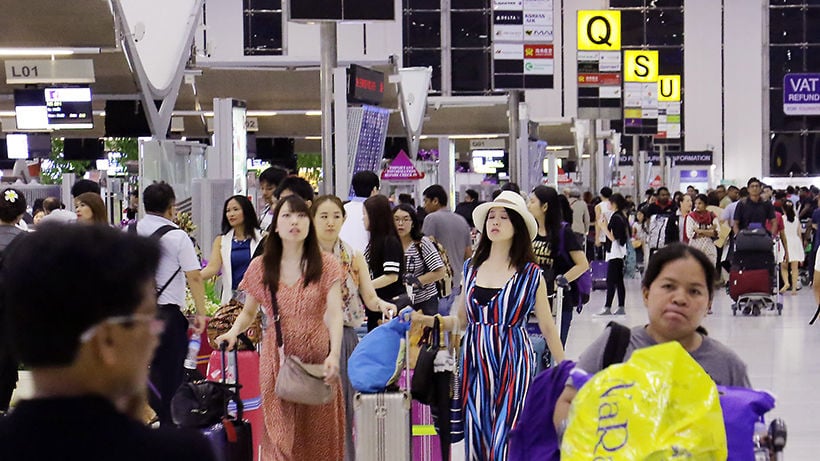 Some 14.4 million passengers were recorded at the 28 airports under the department from October 2018 to June 2019 – a 1% drop compared to the first nine months of the 2018 fiscal year, according to Ampawan Wannako, director general of the Airports Department.

She says about 115,000 flights used the 28 airports between October 2018 to June 2019, also a 1% drop. The decrease was mainly due to cancelled in-country flights by several domestic airlines.

Ampawan said her department was seeking to add flights to foreign cities from the 28 airports to compensate for the drop in domestic traffic.

On July 10, the low-cost airline T’way Air from South Korea launched a new route from Seoul to Krabi with seven flights per week. In October, Blue Panorama Airlines, a low-cost airline from Italy, will launch a Warsaw-Krabi route with one flight per week and three more European airlines are interested in introducing flights to Krabi and Surat Thani.

She expected that the number of passengers using the 28 airports would not grow much during the last three months of the 2019 fiscal year (up to October 2019).

Residential projects launched in June up, but sale 15% lower than May